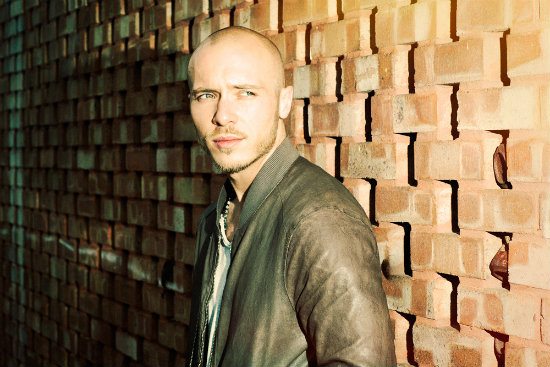 We love it when one of our favorite artists cosigns a new talent. Well, SB favorite Michael Kiwanuka took things one step further by not only throwing his full support behind an up-and-coming artist; he also helped said artist launch his own record label. Allow us to introduce you to Christian Gregory, who tapped his long-time friend Kiwanuka to help launch Movement Records. So naturally, it comes as no surprise that the label's first release would be Gregory's own debut, Count On You.

To say that music is in the 28-year-old Londoner's blood would be an understatement. Born into a family of musicians, Gregory's mother worked as a piano teacher while his father worked as a professional flautist whose work could be found in such iconic scores as the Superman, Indian Jones and James Bond movie franchises. Despite being raised in a classical music household, it wasn't until he discovered jazz and soul music that the trained drummer found his true niche. Those discoveries played an integral role in shaping his sound.

The four track EP, which was recorded live, provides a fitting introduction to the multi-talented Brit's nostalgic brand of soul. While The New York Times' T Magazine likened Gregory's sound to that of Bill Withers and Curtis Mayfield, traces of Prince, D'Angelo and even Jamiroquai are easily detectable when listening to his music. The EP's first single and title track is a funky and laid-back number that showcases not only his lo-fi musicianship but also his effortlessly soulful vocals. Though it could be easy for someone else to sound as if they are simply mimicking the artists of yesteryear, Gregory manages to sound sincere and refreshing in his approach.