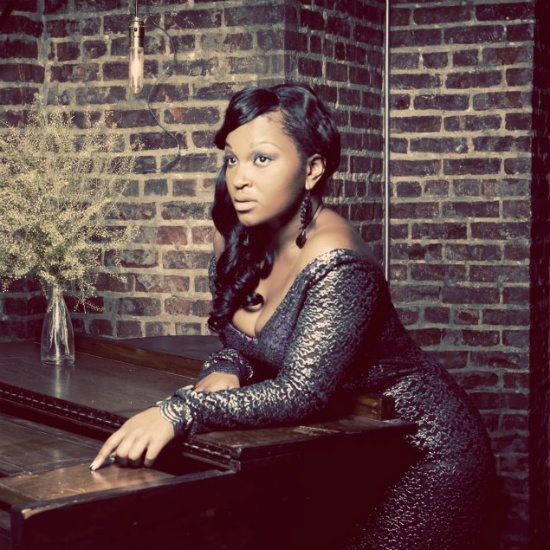 Have you ever heard a voice so wonderfully rich with depth and distinction that you find yourself falling in love with the sound from the start? The type of vocals that are so sultry in tone and convey so much personality, they could stand alone? That type of musical talent is a rarity nowadays, and it had been a while since I've felt that initial rush of musical exhilaration when hearing someone for the first time -- perhaps since attending Lianne La Havas' first live LA show in 2011 or when Amy Winehouse popped up on the radar for the first time in 2004. I was beginning to believe that in this musical climate, that I might never feel that rush again. And then I heard Ophelia Cache. The Denver-born, Brooklyn-based artist has seemingly accomplished the impossible: created a unique sound, while crafting a beautiful, pin-up girl inspired look and image that has captured my unwavering attention and interest.

Watching her musical career develop has been entertaining to say the least, with her voice and sound growing in confidence with each track and performance. Seemingly choosing the "quality over quantity" theme for her music, Cache's discography, although small in size, packs a potent punch. Cache's vocals, while distinctly her own, mixes and mimics parts of Billie Holiday's nasal tonality with Judy Garland's vocal inflections and projection. Collaborating with producers like The KickDrums and using elements of modern production styles similar to Quadron, The Weeknd and Drake has helped Ophelia to mold a beautifully haunting soundscape to enhance her classic jazz vocal style.

That style is evident on her latest single, "Beverly Hills." Produced by DJ Black Diamond, this uptempo and breezy song details the enthralling, overwhelming feelings of falling in love. Filled with drums, harps and melodic bass lines, this track serves as a perfect example of Cache's unique sound and singing style. Another favorite is "Leaving London" -- the aforementioned KickDrums-produced song that features Cache on a hip hop-influenced track, telling stories of the beautiful yet portentous moments of traveling internationally to spots filled with lingering memories. All of these releases serve as a preview to Ophelia's upcoming album, Dolly & The Bull, due some time in late 2014.