Conya Doss Declares ‘You Got Me’ 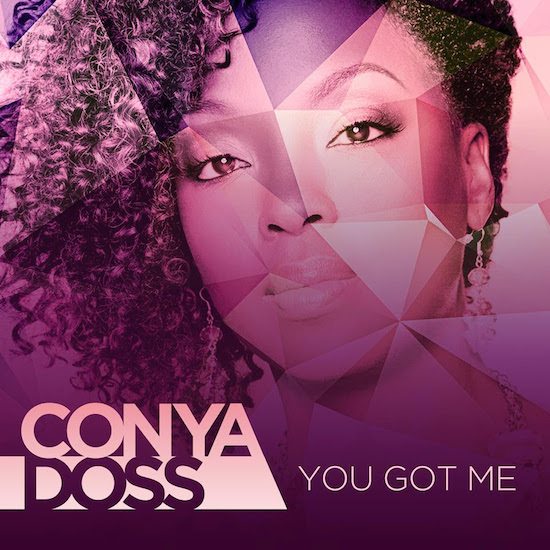 It's been two years since we've heard something new from Conya Doss after the release of her last album, A Pocketful of Purpose, however the Queen of Independent Soul hasn't been resting on her talented laurels. While she's been steadily touring around the country, she's also been quietly working on a new album, Seven, her seventh collection of soon-to-be nu soul classics. How do we know that Doss has some classics on the way? Well, one listen to Seven's first single, "You Got Me," which SoulBounce is proud to world premiere, is all the confirmation we need.

Over a bed of guitar, synths and twinkling keys, Conya's signature vocals ease in to wrap us up in their warm embrace. Doss sings about an "angel in disguise, a beautiful surprise" who has come along to sweep her off of her feet and has got her heart wide open. When she says "Baby, you got me," she means it, and the listener can feel it. Conya Doss sounds like a woman in love, which makes it easy to fall in love this song.

"You Got Me" is radio friendly and will appeal to new ears as well as long-time fans who've been with her since the beginning. Six albums later, Conya Doss continues to impress, engage and enrapture, and Seven will keep the trend going when it's released in February 2015. "You Got Me" has definitely set the tone.


TAGS:  audio, conya doss
Previous: Otis Brown III & Gretchen Parlato Become ‘One’ Next: Alvester Martin Only Wants To Be ‘With You’