Elle Varner Offers Us ‘One Love’ 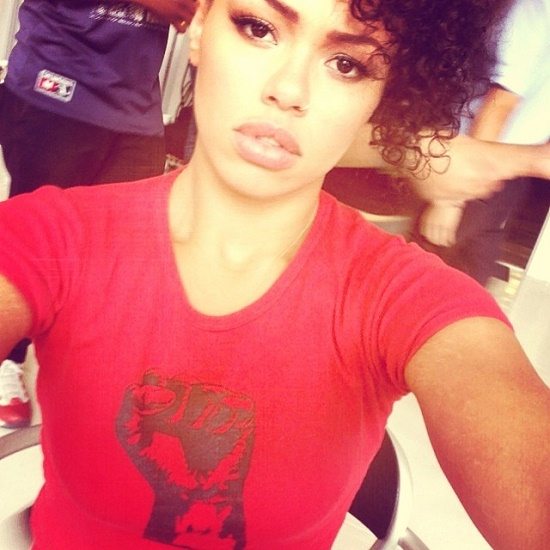 It seems like all the world is on edge right now. Recent months have seen the abduction of over 200 girls in Nigeria, all-out war in the Middle East between Palestine and Israel and the return of tensions in Iraq. Not only that, the recent deaths of unarmed Black men like Michael Brown, Eric Garner, Ezell Ford and many others at the hands of police officers have reignited racial tensions in the United States 50 years after the historic Civil Rights Act was first passed.

Elle Varner is one of the many artists feeling the weight of it all, and she decided to use her music to speak out about what's going on. Her heartfelt track "One Love" aims to remind us that we're all in this thing together. She touches on all of the things going on -- from bombings to racism to gun violence -- over this mellow track calling for peace. "Who's to say that we can't change and give one love/One love to everyone/And who decides that we can't try to give one love/One love to everyone," she sings on the chorus.

The song is a one-off track she released for fans and doesn't seem to be featured on her upcoming Four Letter Word, but it's a message that needs to be heard by everyone as tensions rise and we fight for justice and understanding.