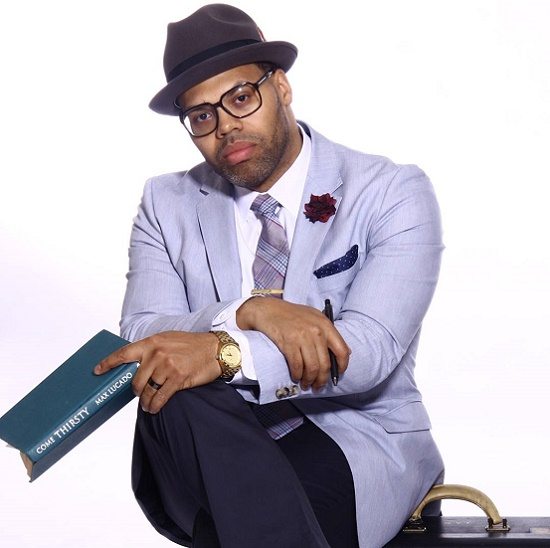 If you know anything about SoulBounce, then you know how much we love our man Eric Roberson. So we're heavily anticipating his new album, The Box, when it drops next week. We've already worn out the replay button on the album's lead single, "Mark On Me," and have cleared space on our playlists for the set. Erro must know this, as he's given us a stream of the entire 12-track set. But there's a catch. Eric, being the tease that he sometimes can be, is offering only short snippets of each track. Beggars can't be choosers, we guess.

Still, we can't be too mad, as even the previews are sounding quite nice. Every song has a great feel, with "Lust For Love," "Punch Drunk Love," "Don't Hide Your Wings" and "Just Imagine" sounding like early contenders for album favorites. And while it seems he's playing in mostly familiar waters, we're hearing a few things we didn't expect from Erro (the down home, New Orleans jazz sound of "The Pill" is a welcome surprise). With features from SB faves like KING, Dave Hollister and Pharoahe Monch, The Box is definitely going to be one of the albums that will be on constant repeat through the year's end (and far beyond).

If you love Erro like we do, then we know you'll be playing the hell out of this sampler and counting down the hours until August 12th, when The Box arrives in stores.