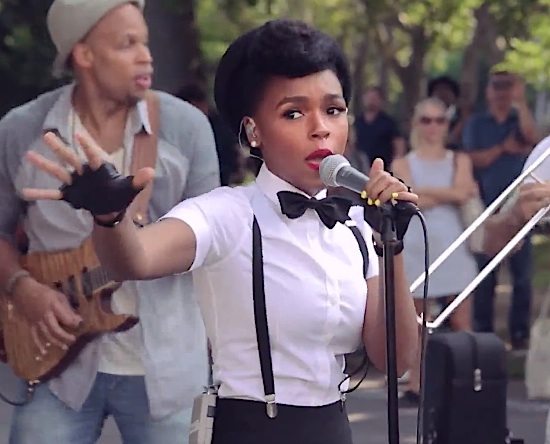 The petite party that is Janelle Monáe took her show on the road and to the streets of Brooklyn as part of Pepsi's #RealBigSummer campaign. The pitchwoman and SoulBounce fave surprised a six-man group of street musicians named The Drumadics and passersby who stopped to listen to them play in McCarran Park.

While they were jamming on her song song "Dance Apocalyptic," Janelle snuck up on them much to the delight of onlookers and the shocked band members. After a momentary pause to collect themselves and pick their jaws up off the sidewalk, Monáe stepped to the mic and asked the guys, "You think y'all can jam with me?" It was more of a challenge than a question and she told them that they "better keep up." And keep up they did as Janelle and company smash-smashed it.


TAGS:  janelle monae, pepsi, The Drumadics
Previous: Bounce-Worthy: Kandace Springs Next: Usher & Nicki Minaj Take It To The Club In ‘She Came To Give It To You’ 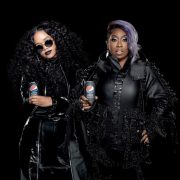