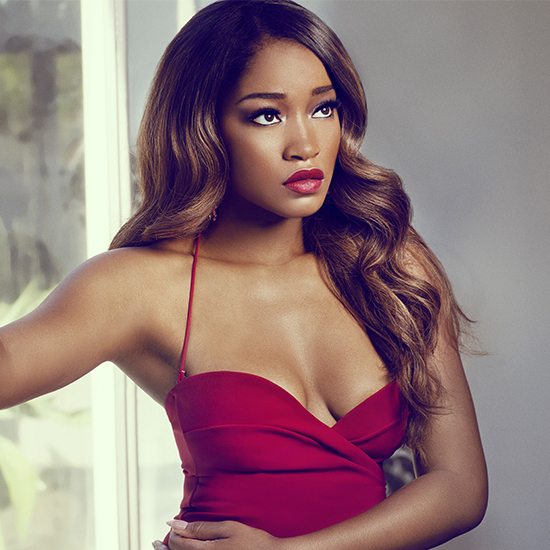 Keke Palmer is all grown up and steadily fighting to prove that she’s more than Queen Latifah’s niece in Barbershop 2 or even Akeelah at that spelling bee. In the last year alone, she has gone from gelling her baby hair down to play Chilli in VH1’s CrazySexyCool: The TLC Story to launching her very own Teen Summit-esque afternoon talk show, Just Keke, on BET. It’s all actually quite impressive, especially for someone who just recently crossed the threshold into her twenties. In keeping her momentum going, it has been announced this week that Ms. Palmer will be snatching Brandy’s old crown and portraying a young Cinderella in the Broadway adaptation of Rogers & Hammerstein’s Cinderella.

In celebration of her greatest endeavor yet, Keke has unleashed a brand new single entitled “Mirror Mirror.” Although she’s pulling from the wrong fairytale, the magic still remains the same as she portrays a modern Snow White who is heartbroken and turning to the mirror for answers. What I find most enjoyable about this slow jam is that this young lady’s vocals are top notch and she doesn’t seem to be chasing any popular sounds or trends. While she has come from the cheesy and bubbly realm of Disney and Nickelodeon, she manages to blur the lines with a strong R&B sound, genuine emotion and a familiar fairytale phrase. Enjoy this stream of Keke’s new single and be sure to make your way to see her make history as the first black Cinderella on Broadway when the show kicks off on September 9th.