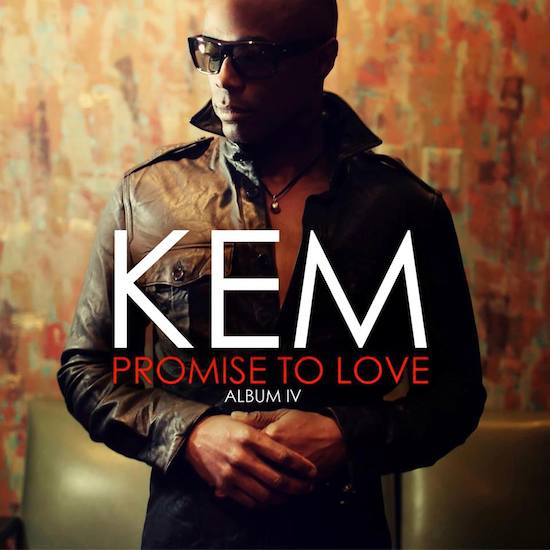 Kem is preparing to charm his fans for a fourth time with his forthcoming album, Promise to Love, which drops on August 25th. Well, technically it’s his fifth outing, if adding 2012’s What Christmas Means to a tally that includes 2003’s Kemistry, 2005’s Album II and 2010’s Intimacy.

Regardless of those semantics, new details have emerged about Kem’s upcoming full-length project. Most noticeably is the cover, featuring a sunglasses-donning Kem rocking a leather coat and looking as introspective as ever.

Also emerging is the set’s tracklist, which includes the pre-released “My Favorite Thing” with Ronald Isley and the lovey-dovey “It’s You.” Snoop Dogg will also make a guest appearance, as will L’Renee, a Kem protégé who gets a prominent solo feature on the deluxe edition of Promise to Love months after performing during the Thing Like a Man Too premiere in Los Angeles.

After a years-long wait, fans are sure going to love this news and the fact the new album is only about a week away. Truly eager fans can get a jump on pre-ordering it on iTunes and Amazon.