LaTasha Lee Is The ‘Star Of The Show’ 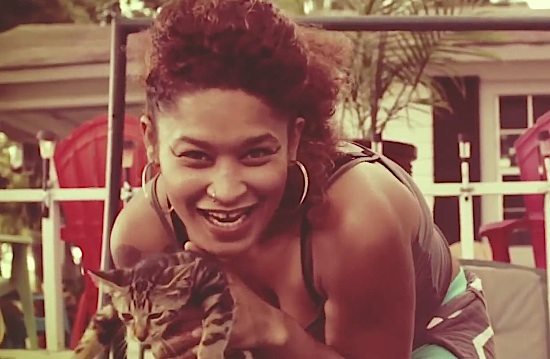 When we last checked in with LaTasha Lee, she had just dropped the video for "Stuck In My Mind" and was headed out on tour with her band The BlackTies to promote some new music, as well as her 2013 self-titled debut album. Produced by Salih Williams (under his Carnival Beats label), the album’s 10 tracks fill the Amy Winehouse-sized void on our current playlists. While it’s easy to compare the two singers (from winged eyeliner to vocal phrasing), make no mistake, the Texas-native is a star in her own right. Some dismiss this style of music as a niche genre, but it doesn’t negate the fact that Ms. Lee is a talented, soul singer with an impressive command of the tone and quality of her voice. And if you’ve seen any of her music videos or live performances, it’s hard not to become enchanted by her charismatic mix of vintage swag and Southern charm.

In her newest song, “Star of the Show,” Lee sings the praises of her beau and lets us know just why he’s worthy of her affections and her allegiance. The music video mainly depicts Lee and her boo (played by Salih) playfully enjoying each other’s company. Personally, I think the video could’ve benefitted from a bit more creative direction, but at least it maintains the feel-good retro vibes we get from the song. Check out both audio and visuals below for some hot fun in the summertime.