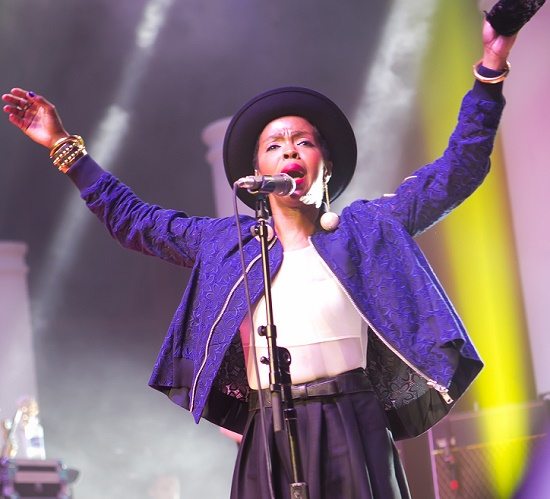 As the world watches what's been unfolding in Ferguson, Missouri, it seems that the music community is starting to respond through their craft to the current state of unrest around the United States and the world. The always outspoken Lauryn Hill contributes her own voice to that number with the release of a sketch of her single "Black Rage." First announced some time in 2012, just before she toured with Nas, and performed in concert by Hill, this is actually the first time the song has been released to the public, and it couldn't have come at a better time.

Utilizing the melody of the Sound of Music standard "My Favorite Things," L-Boogie tells 'em why Black people are mad, lyrically breaking down the systemic oppression of African-Americans in the U.S. specifically and Blacks around the world in general. But instead of the sweet, happy musical backdrop of "My Favorite Things," Lauryn opts for a more somber acoustic guitar for the demo (which she recorded in her living room), further underscoring the heaviness of the lyric.

The singer is dedicating the track to the people of Ferguson, tweeting, "Strange the course of things. Peace for MO." As well, she's offering the demo as a free download. While her lyrics might not necessarily assuage the citizens of Ferguson in the aftermath of Michael Brown's murder, hopefully they open some eyes to the injustices being faced in that situation as well as around the world.