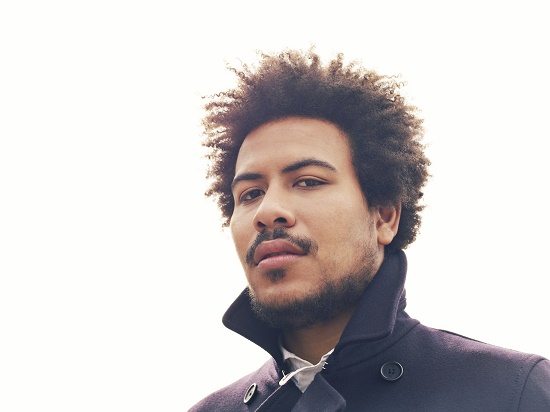 When I rave about the talented singer and musician Liam Bailey to most folks, I usually get the follow up question, "Who?" Not many people over here in the States are familiar with Bailey's soulful voice and rock tunes, but I'm hoping that will change very soon with the release of his new album and US tour.

For the last six years, Bailey has been gaining a steady fan base in his home country, England, and the rest of the United Kingdom. He even caught the ear of late Amy Winehouse and was able to release two EPs on her record label. Since then, Bailey has been working with Salaam Remi on his new album, who was also a significant producer of Winehouse's music. With the help of Remi and the support of his record label, Flying Buddha, Liam Bailey will finally make his official debut with his album, Definitely Now, which will be released on August 19th.

The music of Liam Bailey encompasses all of my favorite characteristics of authentic soul music. His deep, raspy voice takes me back to the music of Sam Cooke and Al Green with a bit of Bob Marley thrown in the mix. Elements of blues and rock are also prominent in his sound, which is evident in his guitar driven songs. His stand out single, "On My Mind," is a gritty blues track with an electrifying guitar solo and Bailey's powerful vocals. The accompanying video for the song, is a dizzying lo-fi visual of Liam and his rock band performing in an abandoned warehouse, fitting the mood of the song perfectly.

If you like what you see and hear, be sure to support Bailey by purchasing Definitely Now on iTunes or Amazon.