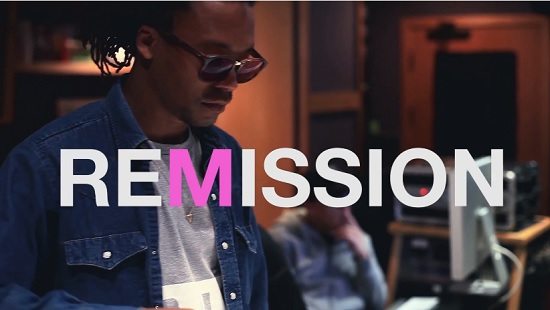 A couple of months ago, Lupe Fiasco released "Mission," a powerful and moving track about fighting and surviving cancer. The song tackled the difficult experiences of individuals who were diagnosed with the disease and the physical and emotional strength of each survivor. Partnering with the organization Stand Up To Cancer, Lupe is committed to raise awareness and access to cancer treatment and prevention in his community.

To add to this mission, Lupe teamed up with other Chicago natives, Jennifer Hudson and Common, on the remix "Remission." The track is just as aggressive as the original with the urgent guitars, bass and snares. Jennifer sets the tone to the resilient fighter's anthem as she passionately sings, "I could have died, but I came out fighting." Common adds a personal story of witnessing his dad battle and overcome cancer.

The trio will debut "Remission" in a performance for the Stand Up To Cancer telecast on Friday, September 5th at 8 pm ET. After the show, the song will be available for purchase, with all proceeds given to the organization for support in cancer research. Until then, you can catch a glimpse of the powerful collaboration in the behind-the-scenes video below.