Marcus Alan Ward Is Stretching Out His ‘Tentacles’ 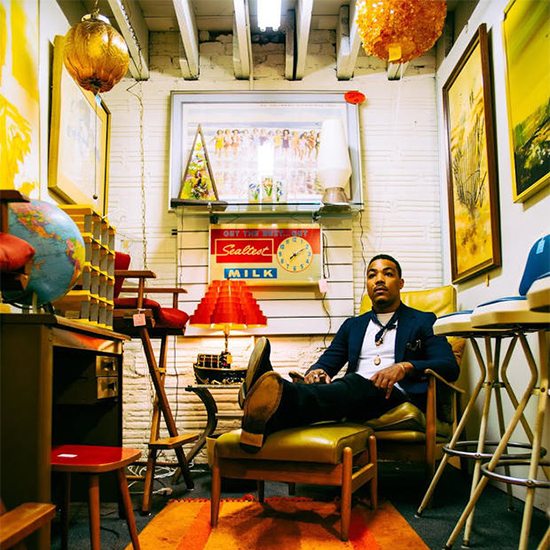 There is a one-man band rising out of Cleveland with an unexpected sound and a trippy story to share. With the help of Long Division Recordings, Marcus Alan Ward is releasing his debut album entitled Last Night I Grew Tentacles this week, and it’s a fantastic experimental adventure that you won’t regret giving a spin. Now this album isn’t Ward’s first musical joyride as he dropped two previous EPs under the moniker Freeze-Tag, one which included a stellar cover of Little Dragon’s hit “Twice," but it does serve as a re-introduction to the young multi-instrumentalist.

Last Night I Grew Tentacles is a 51-minute long odyssey that plays out as Ward swerves into the ever-so-popular alternative lane that the likes of SZA and FKA twigs have been flourishing in this year. Often coming off as musical ramblings from his private journal, Ward’s songs like “Shy (Tunneling)” and “Lost In Love” are built upon the perfect blend of influences from Sade, Jimi Hendrix and Kanye West. From start to finish he repeatedly rides around in a cul-de-sac that goes from vocals to beat machine to guitar and back again, perfecting an imperfect sound and offering up a consistent array of jams. Even the album's lead single “You Do” fits perfectly into the puzzle, and its accompanying video continues the avant garde visual take that Ward seems to be sticking to.

Catch a glimpse of Marcus Alan Ward's trippy new world by checking both the video for "You Do" and the free SoundCloud stream of Last Night I Grew Tentacles below. Be sure to show love and support to the talented young artist by grabbing a copy of the album off of Bandcamp as well.