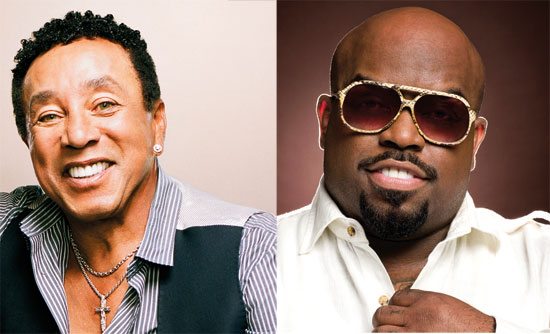 Smokey Robinson is releasing his upcoming album little by little as we approach its August 19th debut. We've already heard him crooning with friends John Legend and Mary J. Blige, and now Robinson gives us another taste with "The Way You Do (The Things You Do)" featuring CeeLo Green. Robinson takes the 1964 hit by The Temptations, which he originally wrote and composed with Bobby Rogers when they were in The Miracles, and ushers it into 2014 with a new attitude and amplified beat. CeeLo adds his signature southern twang that matches the vintage feel of the song. A highlight of the ditty is hearing the timeless element that made the song so successful in the first place.

On his upcoming album, Smokey & Friends, Robinson enlists the help of Elton John, James Taylor, Sheryl Crow, Miguel, Ledisi and more to help him bring his Motown records to a new musical era. If you can't wait another week, then you can actually listen to it in its entirety on iTunes' First Play and pre-order it as well.