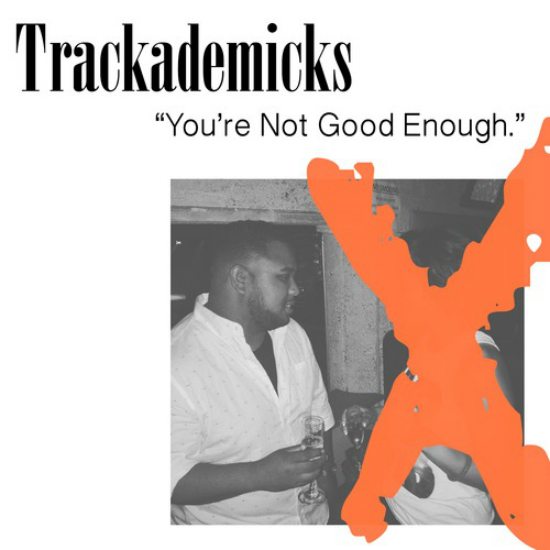 "You're Not Good Enough" by Blood Orange was one of my favorite songs of recent times. A super cool slice of Prince-esque alt-soul that dominated my playlists, I pushed it on people like an overzealous evangelist. So it was with some hesitation when I learned of this new Trackademicks remake.

Thankfully my fears were soon allayed when I pressed play, and what I heard was an even more glacially cool piece of soul with just a punch of familiar funk. Trackademicks certainly added a different flavor to the Blood Orange mix with an instrumental track that samples Alexander O'Neal and Cherrelle's 1985 body roll classic, "Saturday Love."

Transforming the Dev Hynes and Samantha Urbani duet into a one-man show, Trackademicks somehow manages to create even more distance than the original, and that is no mean feat. The disdain of the "you were never good enough" lyric drips from the lips even more readily and imbues it with an extra spoonful of aloof unattainability. This cover is the coldest kiss-off ever.