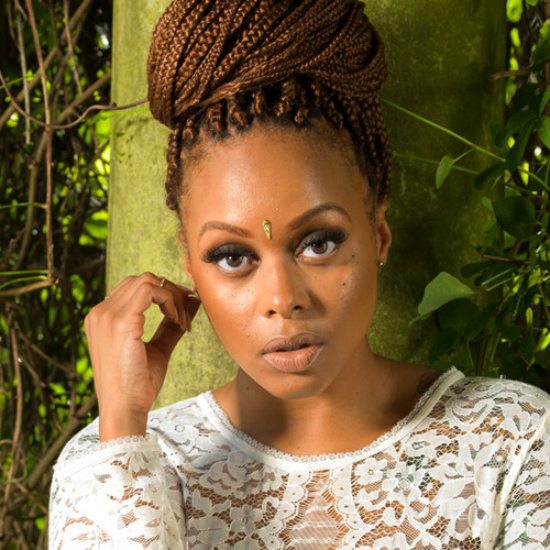 The R&B Divas franchise has an uncanny knack of taking at least one artist every season whom you may have admired (or even had no opinion about at all) and casting them in an unsavory light. Previous singers who have fallen into this trap include Nicci Gilbert and Kelly Price to name just a couple of the "divas" who showed their ass on reality TV and received side-eyes aplenty and tons of negative feedback from fans to the point where both had to leave their respective shows. With the most recent season of R&B Divas: Los Angeles just wrapping up, I sadly have to add another singer into that category, Chrisette Michele.

The new addition to the cast came off as childish, cooky and combative for no reason (please don't come for Chante Moore if she didn't send for you). I was turned off within two episodes of her presence on R&B Divas: Los Angeles and shortly thereafter Chrisette penned an open letter to fans regretting her decision to do reality TV. Her open letter was an admirable attempt at damage control because she knew what would be airing on the rest of the season. I agree with Chrisette that doing a reality TV show was a bad look for her, and she may just want to make this her first and last season and keep it all about the music.

Speaking of, Miss Michele did use her time on R&B Divas: Los Angeles wisely and is using the show as a springboard for her new tunes and upcoming album. Mentioned on the show, Chrisette's next album The Lyricists' Opus will showcase the range of her talents from singing to songwriting and both are featured on the lead single "Super Chris." As the title suggests, the song is all about Chrisette and tries to dispel the notion that she's on some superstar ish, instead breaking it down that she's just "a super-duper Chris." To her credit, the song sounds awesome -- musically it's that blend of jazz and soul that she flows over so well and vocally Chrisette is on point as always. Lyrically it does appear as if she's trying a little too hard to save face after her stint on R&B Divas -- the line "I wonder what the world thinks of me" is particularly telling -- but the song can be enjoyed even taken out of that context as a standalone record.

This song is a good one, but will it be enough to make you still love her or was R&B Divas: Los Angeles all you need to leave her alone? Whatever side of the divide you fall on, Chrisette is giving this song away for free on SoundCloud.