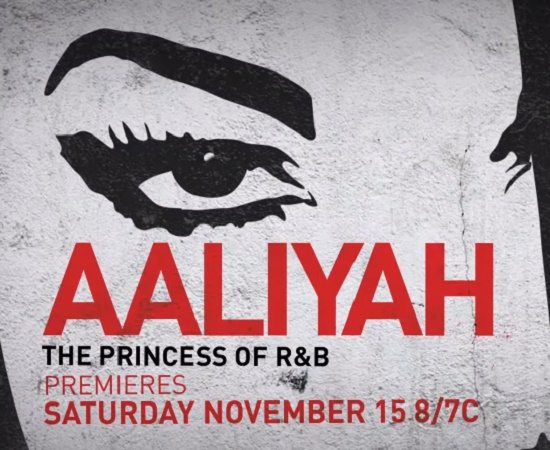 Lifetime's recent biopic schedule, which includes movies based on the lives of dearly departed R&B stars Aaliyah and Whitney Houston, has gotten quite a few side-eyes from the public (not to mention threats of legal action from the subjects' families), but we'd be lying if we said that we weren't at least intrigued by what the final results will be when when the movies hit the air.

The channel recently released a 16-second teaser for their Wendy Williams-produced Aaliyah film, titled Aaliyah: The Princess of R&B, in advance of the highly-anticipated TV movie. While 16 seconds is hardly enough to truly let us know what the tone of the film will be, it is enough time to give us a peek of the film's star, Alexandra Shipp, as Aaliyah. Dressed in Aaliyah's signature '90s garb of baggy pants, a midriff baring tip, shades and her hair swept over her left eye, Alexandra makes for a somewhat convincing Baby Girl, though we're waiting to see if she can bring more to the role than just a look.

You can check out Alexandra in action below. Aaliyah: The Princess of R&B will air on Lifetime on Saturday,  November 15th. Will you be watching?