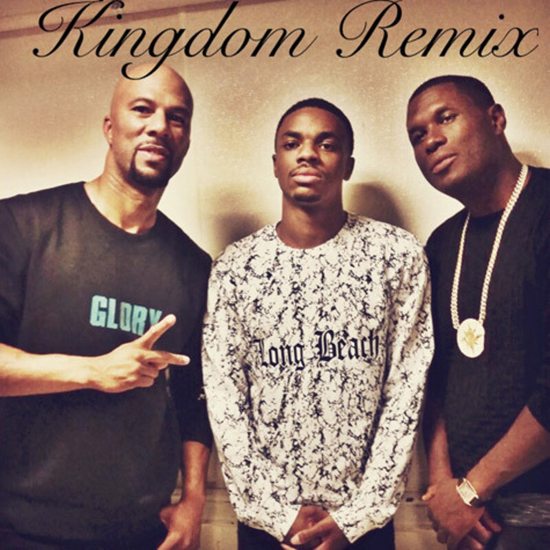 After Common lit up the stage last weekend at Chicago’s AAHH! Festival by bringing out Vince Staples and Jay Electronica for the remix of "Kingdom," he decided to release the studio version for everyone's listening pleasure. Sticking to its original pace, the Windy city rappers pulled Electronica out of the shadows to add a little more grit into the Nobody's Smiling track. Electronica took his opportunity to throw a little royal shade towards Drake, rapping "Started from the bottom, now we really, really here" and later mentioning Degrassi. Yes Electronica, Drake acted in the teenage Canadian drama, we get it.

While we're not sure if these lyrics are crown-worthy, the song is still in tact and just as soul-stirring as its first spin. Listen to the new remix, and let us know if Electronica deserves to stay in the "Kingdom" or if he should be banished for life.