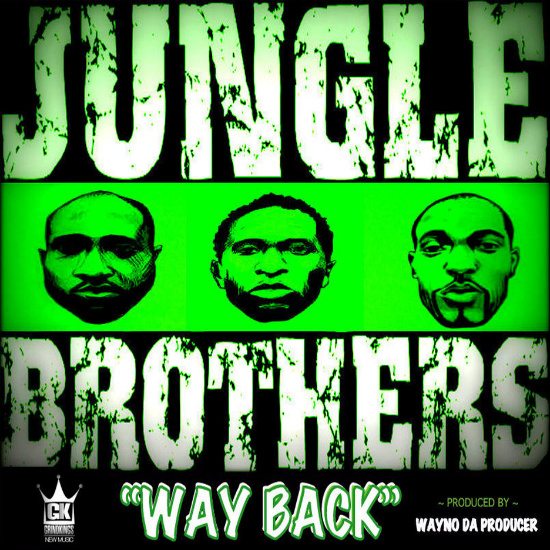 One of my favorite songs of all time is the hip-house classic "I'll House You" by Jungle Brothers. Any old school house music or hip-hop set better include this song or the DJ is automatically suspect and deserves every side eye. The song still goes hard and solidifies the JBeez place in music history. But it's not all about the past for the Jungle Brothers who are trying to make a comeback. Afrika Baby Bam, Mike G and DJ Sammy B have emerged from their hut with some new music for us to work up a sweat on the dance floor to with "Way Back."

"Let's go back in the days, make a classic again," they harmonize to kick the song off and make their objective with this track known from the get-go. As far as their rapping is concerned, the fellas don't sound like they've taken any time away from the mic and are having fun getting the party started like they used to do.

Produced by Wayno Da Producer, "Way Back" also employs a sample of The Jones Girls hit "Nights Over Egypt," which has been sampled many times before but still manages to sound good here. The JBeez also borrow the lyric "Dancing on the dance floor" from another classic they were involved with, De La Soul's "Buddy (Native Tongue Decision)" remix, and use the refrain with Afrika singing it once again throughout this new groove. You know you're dope when you can sample yourself.

This nostalgic track is just the first bit of newness on the way from the Jungle Brothers, so be sure keep up with all their happenings on their website and SoundCloud.