Lenny Kravitz Brings His ‘Strut’ To The ‘Late Show’ 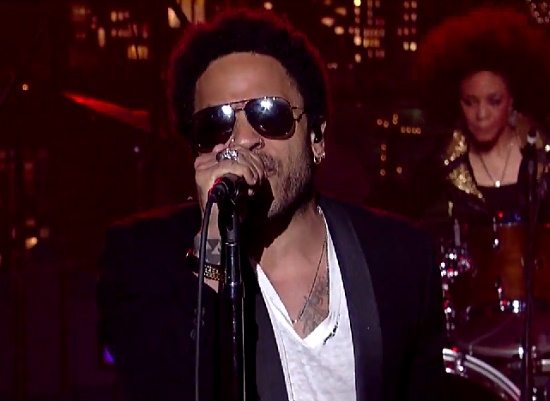 Last night's edition of Late Show with David Letterman had a special treat if you're a fan of distinguished black gentlemen. Actor Denzel Washington stopped through to promote his new film, The Equalizer, and chopped it up with David Letterman about the movie. But Denzel also got to share the stage with his good friend — and surely a man close to all of our hearts — Lenny Kravitz. The two discussed a few of their shared stories, including taking a boat off the Amalfi Coast in Italy.

While the anecdotes were cute and all, we know you really care about the music, and Lenny brought it on that front. Lenny and his band, including legendary drummer Cindy Blackmon, went through a funky workout of the title track of his album, Strut, that would've had even the least funky among us up on our feet and doing as Lenny says. But he wasn't quite done with just one song. As a special bonus for the Late Show's online viewers, Lenny also revisited Mama Said track "Always on the Run" with some assistance from the Late Show house band, led by Paul Schaffer. Basically, if you are a Lenny fan, this was a really good night to be watching.

Don't worry if you missed it though, because we've got a bit of the interview and both his performances right here for you to enjoy. Check out Lenny making age look like nothing but a number right here. 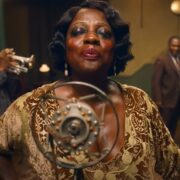