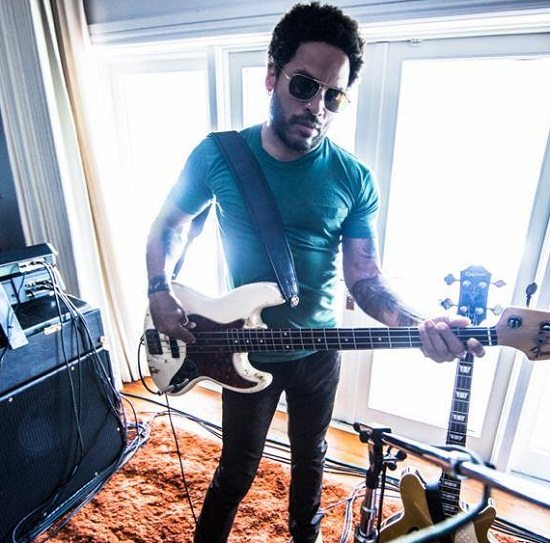 Lenny Kravitz's Strut won't hit stores for another two weeks, but he's given us plenty of songs to jam to while we wait for its release. The latest of the crop is "New York City." As to be expected, the song is a loving tribute to Lenny's hometown. The song is all about the city's ability to persevere in spite of the many obstacles the city has faced. "Life is always tough on New York City/But she is fine, she always survives," Lenny growls on the chorus.

As far as the music is concerned, Lenny takes on a rock sound just as classic as the timeless city. The rhythm guitar adds a bit of flavor with a few hot licks as the bass chugs away and the drums keep a simple rhythm going to accompany Lenny's signature rasp. But being that this is a Lenny Kravitz song, soul influences aren't too far away either. They're introduced here with the aid of a few strings on the chorus, jamming sax features and a chorus of background singers channeling your local church choir as they sing along.

With so much good music landing from the project, Lenny's Strut definitely seems like the move. We'll see if that's indeed the case when it walks on in to stores on September 23rd.


TAGS:  audio, lenny kravitz
Previous: Seinabo Sey Hits The Mark With Her ‘Pistols At Dawn’ Next: The Jungle Brothers Take Us ‘Way Back’