Maroon 5 Try To Make You ‘Happy’ With Their Pharrell Cover 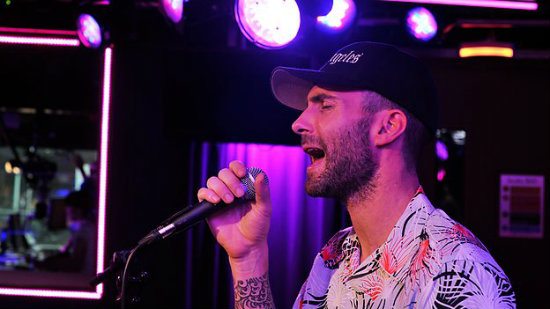 I'm sure when we look back at the songs that defined 2014, Pharrell William's "Happy" will rank somewhere near the top of the list. Despite the fact that song initially was released last year on the Despicable Me 2 soundtrack, the upbeat tune took off in a big way this year, working its way into every crevice possible thanks to Pharrell performing it everywhere from Saturday Night Live to the Oscars and to the countless remixes, refixes and covers.

Well, just when you thought it was safe to put the song behind you, another cover comes along, this time courtesy of Maroon 5. The guys put their spin on "Happy" as part of their BBC Radio 1 Live Lounge set. Led by frontman (and Pharrell's The Voice cohort) Adam Levine, this stripped-down version has a bit of a bluesy feel that breathes some fresh life as you journey down this heavily traveled road. The acoustic version is rounded out thanks to PJ Morton and Jesse Carmichael providing the backing vocals to Levine's gentle falsetto. While this version definitely doesn't break any ground, it does a good job of making sure you don't forget about the song any time soon.