‘Spend The Night’ In The Studio With Dave Hollister 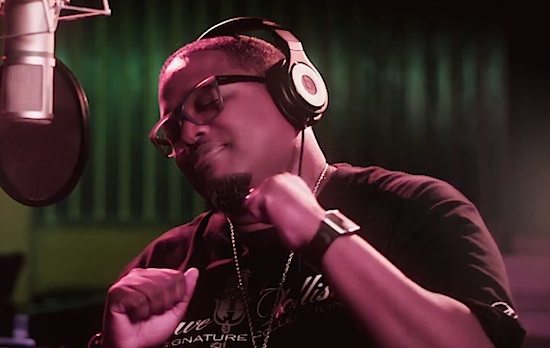 You’ve jammed with us to Dave Hollister’s single “Spend the Night” and even sang along karaoke-style to the lyric video, but now’s the time to dig into the brand new visual. Hollister brings “Spend the Night” to life with a hint of sensuality and a cameo or two from friend and frequent collaborator Warryn Campbell. While Campbell lent a hand in producing a portion of Hollister’s forthcoming album, “Spend the Night” was actually produced by fellow Blackstreet alumnus Teddy Riley, who happens to be missing from the clip. Nonetheless, Dave spends his time crooning away in the studio while a beautiful woman and her significant other share a love story across the miles that plays out on FaceTime and ends in happily ever after with an engagement and wedding.

Dave Hollister’s Chicago Winds… The Saga Continues is set to hit the streets and the tweets on September 30th. Two step with us one more time to “Spend the Night,” and prepare yourself to support Hollister’s return to R&B by purchasing his album later this month.