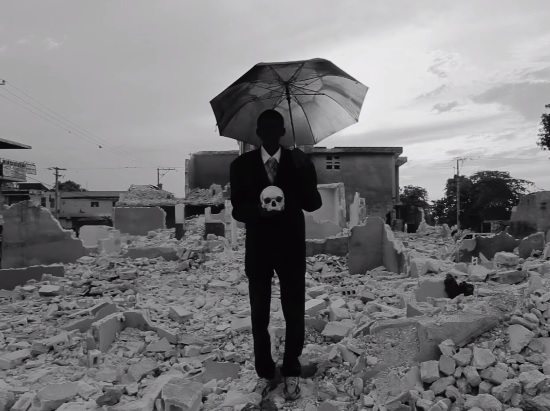 A few months ago, Afrobeat legend Tony Allen released the melodic single "Go Back," which is the leading track from his fifth studio album Film of Life. Allen collaborated with vocalist and musician Damon Albarn to create a jazzy ballad that pays homage to the African refugees who fled to the Italian island of Lampedusa in 2013 but died tragically in a boat wreck. The lyrics tell the challenging and universal story of people who feel forced to leave their homes hoping to find a better life, but sometimes there isn't anywhere for them to go.

In a poignant visual for "Go Back," Allen captures the migrant's conundrum of staying or going in a gorgeous black-and-white video of stunning portraits of men, women and children in Haiti. Along with the cinematic imagery, the video also follows an unidentified man in a suit jacket, jeans and packed suitcase. We only see his silhouette throughout the entire video as he journeys to the ocean possibly in search of a new home. The thought-provoking visual is very poetic as it brings the lyrics to life. We can't wait to see what other stories and images Allen has in store for us with his new album. Until then, watch the beautiful video right here, and be on the lookout for the release of Film of Life in October.


TAGS:  Damon Albarn, Tony Allen"
Previous: The Mixologists: Ezel’s ‘Into The Deep’ Next: Nick Hakim’s Follow Up EP ‘Will’ Certainly Take Him Up 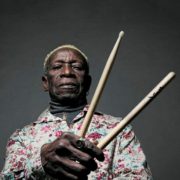 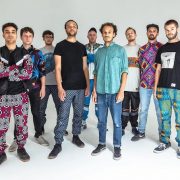 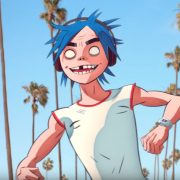 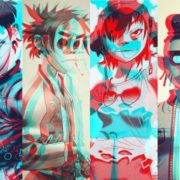 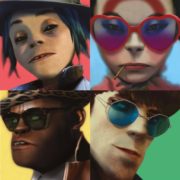 Morning Soul: Don’t Be So Quick To Walk Away