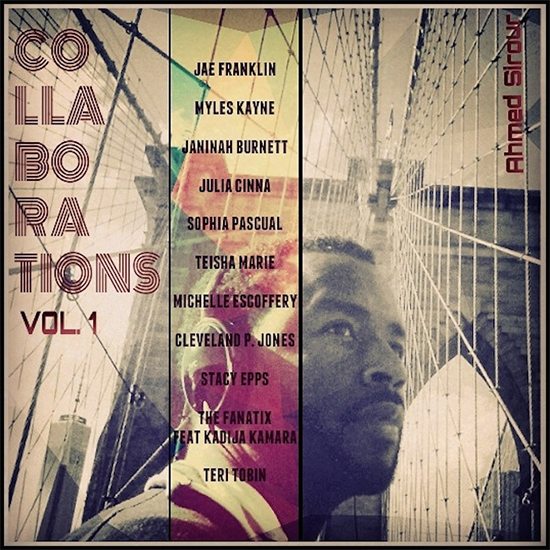 Brooklyn-bred producer and SoulBounce friend Ahmed Sirour is bringing together some of the independent music world’s best talent for his brand new compilation album, Collaborations Vol. 1. Freshly released this week, this collection of sweet and savory songs received the perfect introduction through album opener and initial single, “Beautiful Soul,” which just so happens to feature Bounce-Worthy songstress Jae Franklin. Franklin and Sirour together should be enough to sell you on the project, but this soft and jazzy number is filled with perfect peace and soulful tranquility as Franklin sings sweetly about someone with a soul as pure as her voice.

Along with Franklin, Collaborations Vol. 1 features guest appearances from the likes of more Bounce-Worthy acts such as Cleveland P. Jones and Teisha Marie as well as Sophia Pascual, Stacy Epps, Teri Tobin and Myles Kane. “These are some of various artists I've been honored to work with and is a way to also showcase their extraordinary skills that can match or surpass what you hear on mainstream radio,” Sirour says, praising his talented friends. Before the day is through, make your way over to Bandcamp and grab your copy of this stellar batch of tunes from Ahmed Sirour and his delightful friends.