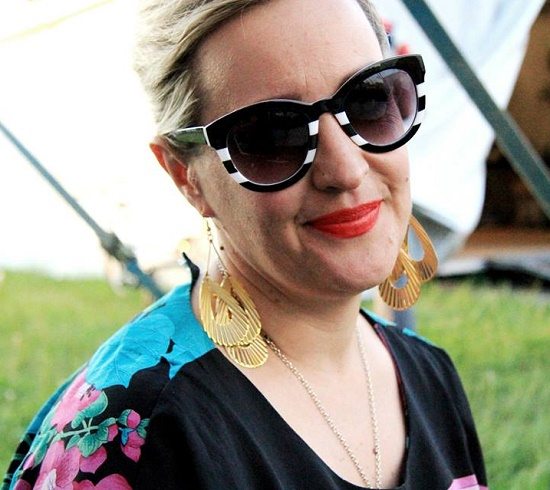 It's no secret that we love Alice Russell as the British vocal powerhouse is just so immensely talented. And we especially love it when she brings us new material. She does just that with her new single, "I'm The Man, That Will Find You."

Don't be thrown off by the song's title, Alice isn't pulling a Camille on us. "I'm The Man, That Will Find You" is a cover of New Zealand psychedelic pop artist Connan Mockasin's 2013 track from his album, Caramel. While Connan's version of the track is a bit unorthodox (and that video is downright creepy), Alice smooths out the rough edges by mellowing out the production a bit, turning it into more of slow jam than a slice of odd pop. And her smoky, assured voice knocks this one out of the park, turning the pleas heard in the verses from shrill and slightly desperate to teasing and titillating.

"I'm The Man, That Will Find You" will be released as a single for the rest of the world on October 20th and arrive in the States on October 27th. The single will also include "Citizen" (from last year's To Dust) and a D-Felic remix of "Breakdown." In addition, she'll be going on a brief US tour this fall, landing in cities on both coasts. Listen to the single right here and peep her tour dates below.


TAGS:  alice russell", audio, Connan Mockasin
Previous: EVM-128 & Omar Fly ‘Beyond’ Our Imagination Next: Swing An Episode In The ‘Backseat’ With Ari Lennox