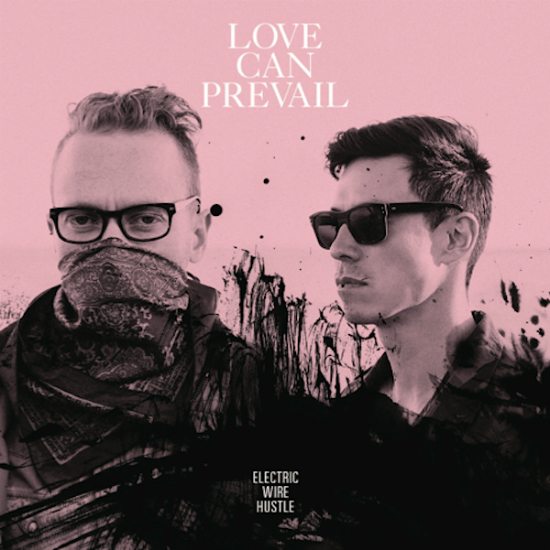 It is testament to the power and glory of soul music that the South Pacific shores of Australia and New Zealand are producing a seemingly endless stream of quality that falls under the genre's big umbrella. Though separated by time and space from soul music's cradle, this burgeoning South Pacific soul set share the same musical DNA as those masters gone by.

One such act is Electric Wire Hustle whose 2010 debut album garnered much praise and helped pique people's interest in that part of the world. But given the additions of Kimbra, Hiatus Kaiyote, The Bamboos and many more to that set, can Electric Wire Hustle follow up that early success with style and sophistication on their second release, Love Can Prevail, or is a sophomore slump more the name of the game?

This primordial soup of searching lyrics, eerily atmospheric music and Mara TK's hauntingly Marvin Gaye-esque voice answers those queries with aplomb. The album title Love Can Prevail might more aptly end with a question mark, for this is an album that is ripe with questions.

Album opener "If These Are The Last Days" is a perfect teaser of things to come with the opening lyric, "Is there something to hold on to?," totally in tune with the rest of the album. Distortion and feedback give way to sporadic bursts of heartbeat in flux percussion, creating an ever changing sonic landscape that mirrors the verse's nihilism of "If these are the last days, why don't we spend them together?"

Throughout the album, the shadow of Leon Ware-era Marvin Gaye looms large, in part due to Mara TK's voice, but also due to the delicately complex production values. Yet, somehow, it never lessens the accomplishments on offer here. "Loveless" is a fine example of this. Gently shimmering wah-wah guitar and subtle organ phrases frame the lyrics beautifully and those lyrics find Electric Wire Hustle in the same pensively forlorn state. "By and Bye" builds that atmosphere further as discordant piano and percussive electro flicks and ticks surround the album's most telling lyric: "We've had enough of by and bye / And if you're out there God / Now'd be a good time to say hi."

It all serves to underline that this album is all about searching. Searching for certainty in an increasingly uncertain world, for hope where there seemingly isn't any and for love to bind it all together. And so it goes, somber, reflective and dramatic till the very end.

On "Bottom Line," the strident piano, rapid-fire drumming and strings crescendo beautifully, and the skewed electronica of "The Spirit" is atmospheric and somewhat hypnotic. Holding it all together is album centerpiece, "Look in the Sky." A song of two halves, it truly does sound like a lost cut from an early '70s Marvin Gaye album chopped and looped over beats. It is so surprising to hear that plaintive wailing and realize that it isn't Gaye.

The predominantly instrumental "Light Goes a Long Way" is a clatter of percussion and tight, angular guitar lines that sounds like a sonic patchwork, and, while it doesn't entirely hit the spot, it does live long in the memory thanks to the slightly nauseous and unsettled feeling it spawns. "To See You Again" manages to carve a delicately uplifting melody from big beat percussion and psychedelic guitar work, while "Blackwater" utilizes crisp, clarion call guitar to cut through gloopy slowed down vocals and warped percussion.

Rounding off the album in fine style is "Numbers and Steel." Steam powered drums, swirling voices and a perfect marriage of strings and beats bring to mind the work Prince Paul did on A Prince Among Thieves, and that is no mean feat.

With Electric Wire Hustle's Love Can Prevail, what is a slightly downbeat album lyrically is lifted to heights by the inventive and adventurous musicality on show here, with the two combining to create a body of work that merits many a listen and a place in every deep-thinking soul music fan's collection.