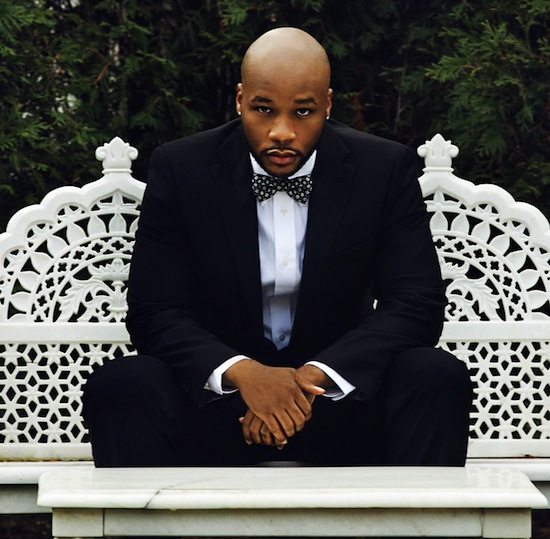 R&B singer Gene Noble has come to prominence this year with the release of his debut EP, Rebirth of Gene, which is overflowing with soulful numbers that ooze sophistication and warmth. However, although this is Gene Noble's debut project, he isn't a new artist. He is actually the artist formerly known as Jaiden "The Cure," whom we crowned Bounce-Worthy back in 2008, and he frequently sings background vocals for Chris Brown and Usher.

The man has talent by the pound, and Noble was all over dj harvey dent's most recent Mixologists mix, GTD V1, with a handful of sensual tunes from his arsenal. One of the standout cuts included was his cover of Beyoncé's "Rocket," which shows that he deftly knows his way around a remake. In case you need more proof, the crooner has just dropped a treat for fans that will surely earn him some new ones, too, with his cover of Drake's "Hold On, We're Going Home."

While there have been countless covers of this Drake hit, the point of difference with Noble's version is he performs it completely a cappella. This is not your usual a cappella, though, as 30 seconds into the song it sounds as full as if a band is backing him. Each layer of vocals, from the beat boxing to vocal runs, adds texture and intrigue, while Gene's lead vocal stands out as he puts his stamp all over this, taking it all the way home. On "Hold On, We're Going Home," Noble manages to bring this overplayed and somewhat stale track back to life, with his fresh and original take on it.