Jamie Foxx Places The Blame On ‘Ain’t My Fault’ 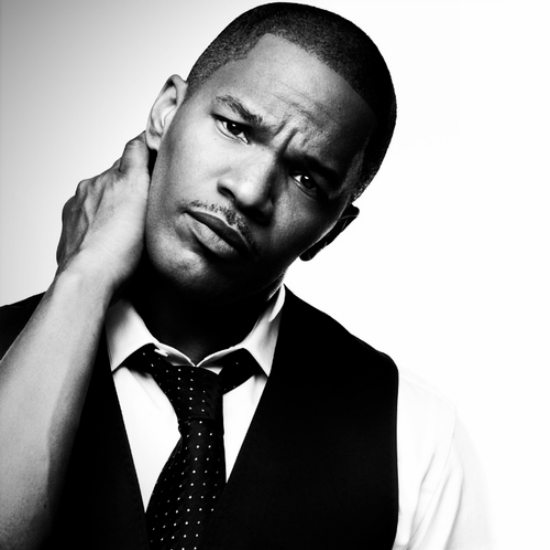 Much has been said about the 20th anniversary of debut albums from artists such as Nas and Outkast this year, but lest we forget another talent who's celebrating 20 years strong in the music game, Jamie Foxx. His first album, Peep This, hit the shelves in 1994, and, although he took a detour to become a huge movie star, he returned to his first love in 2005 and has kept a steady stream of music flowing. Although his last album was released in 2010, it appears as if Foxx may have a new project in the works if this new music he's dropping is any indication.

Following the ratchet yet forgettable 2 Chainz collabo "Party Ain't a Party," Jamie comes correct and goes it solo on the track "Ain't My Fault." He doesn't exactly leave the ratchet behind, with lyrics that describe an intimate encounter with another man's lady in a bathroom stall among other things. Jamie can't help himself, but he doesn't blame it on the alcohol this time around. Instead, he places the blame on the black dress that she's wearing and that he's trying to get her out of. It's a case of lust at first sight for this Mr. Steal Your Girl. Her boyfriend will just have to deal -- and leave by himself.

Unlike "Party Ain't a Party," "Ain't My Fault" sees Jamie getting his grown man on and not sounding like the dirty old man in the club. Foxx's delivery is smooth and classy, he's actually singing and not Auto-Tuned to within an inch of his life and the song has a sexy groove to sway your hips and body roll to. Press play to listen to "Ain't My Fault," and blame Jamie if you find yourself pressing play again and again.