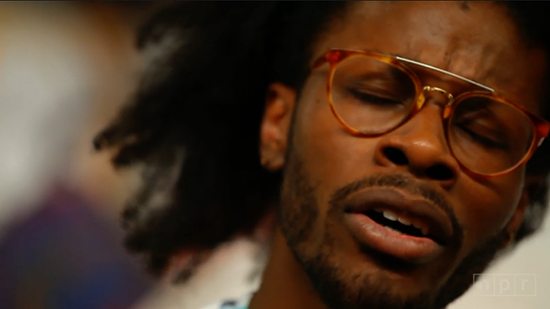 Jesse Boykins III is following in the footsteps of Jazmine Sullivan, Ledisi and KING as he joins NPR’s Field Recordings campaign and shares an extra special performance of “4 U 2 B Free” with us. Recorded back in July during the annual ESSENCE Festival New Orleans takeover, NPR followed Boykins as he ventured off and creeped through Mardi Gras World, a holding place for both old and new parade floats.

In the midst of this eerie scenery, Boykins, with his ever-flowing tresses and buttery smooth voice, launched into an a cappella rendition of one of the sweetest songs lifted off of his Love Apparatus album. This stunning clip is nothing more than the cherry on top of Boykins’ already magical week, as earlier in the week saw his Bergdorf Goodman campaign launch a massive billboard in the heart of the SoHo neighborhood in New York City. Dig into this fantastic video and help Jesse celebrate having the best week ever.


TAGS:  jazmine sullivan, jesse boykins iii, king, ledisi
Previous: Get Into The Holiday Spirit With Maysa’s Christmas Album Next: Rippy Austin Has Some ‘Questions’ For You