Jordin Sparks Happens To ‘Wish We’d All Been Ready’ 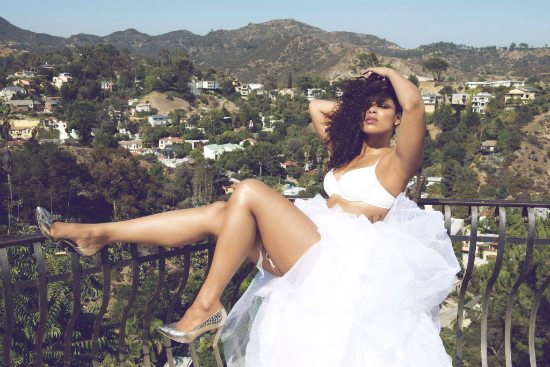 American Idol season 6 winner Jordin Sparks may be fresh off her breakup with pop-R&B star Jason Derulo, but that hasn’t derailed her from releasing new music.

Her latest, “I Wish We’d All Been Ready,” comes from the new Nicolas Cage flick, Left Behind. The tune’s verses seem to sum up the plot of the film: millions of people go missing, and the ones who remain have to survive in a world that’s quickly going to hell.

With the piano keys laying the foundation, “Ready” adds to its minimalist melody with a few finger snaps while Sparks effortlessly croons the post-apocalyptic lyrics. Trading bread for a bag of gold, people vanishing without a trace and “the sun has come and you’ve been left behind” — not only is it clear the message here is about survival, but also one of living in the present and appreciating your loved ones while you have the chance.

This probably won’t go down in history as being as memorable or playful as “Tattoo,” or even as tolerable as “S.O.S. (Let the Music Play).” Still, Jordin’s class-act appeal and solid-as-a-rock vocals can potentially save the track. The film and its cast of characters, well, that’s another matter entirely.


TAGS:  audio, Jason Derulo, jordin sparks, Nicolas Cage
Previous: Morning Soul: We Can Do Anything You Like & Baby This Could Be The Night Next: Keyshia Cole Has A Song For ‘N.L.U.’