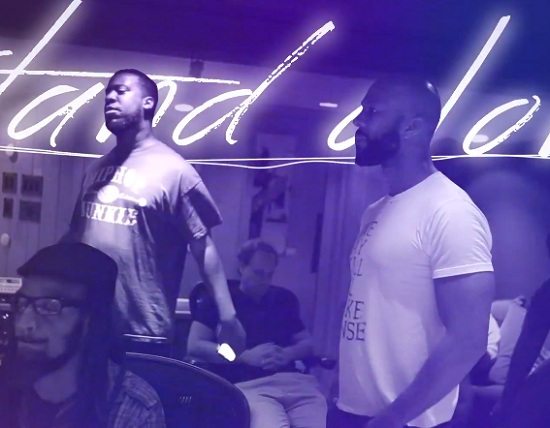 It's been over a year since we first heard Robert Glasper Experiment's "I Stand Alone," the group's ode to standing in your strength and that what makes you unique. Featuring Common and Patrick Stump, the uplifting tune became a go-to around SBHQ for when we needed a bit of encouragement.

Now, Robert Glasper and co-director Brian Paupaw deliver an equally uplifting visual for the track. They combine footage from the song's studio sessions, street shoots and filmed shots of Common rapping his verses to create the beautiful clip that embraces the everyday strength of people through a sunshine-y filter. If that had simply been all, the video would've left us feeling all warm and fuzzy. But the directors go the extra mile to include footage of celebrity friends like Lupe Fiasco, Maureen "Ma Dukes" Yancey, Dave Chappelle, Thundercat and Just Blaze as well as normal everyday citizens telling the camera why exactly they "stand alone." It's pretty powerful stuff.

If you need to feel inspired and empowered today, take a few minutes of your day to check out this moving clip.