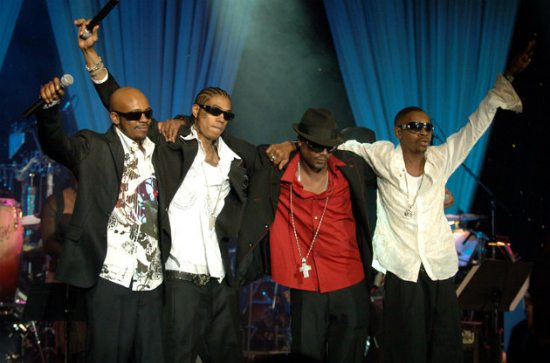 The hippest trip in America is back and ready to pay homage to the history of dance. The lineup for the Soul Train Awards 2014 has been announced, and, from the looks of it, it will be jam-packed with some of popular R&B's brightest stars. Hosted by talk show host Wendy Williams, this year's performers include Aloe Blacc, newcomers Nico & Vinz, Kem, Liv Warfield and Jeremih. The show will also see the return of British soul singer Lisa Stansfield and perhaps the biggest "surprise" reunion of all with the appearance of Jodeci, who will perform a medley of their hit songs and give viewers a taste of their new single, "Nobody Wins."

The list of presenters for the Soul Train Awards 2014 promises to be just as star-studded with appearances from Trey Songz, Boris Kodjoe and Laila Ali. This year's show will also see BET trot out their favorite white dude, CNN's Wolf Blitzer, who has made frequent appearances on past Soul Train Awards show. Artists such as Beyoncé, Jhené Aiko, August Alsina, Mack Wilds, Robert Glasper, Luke James, Avery*Sunshine, Pharrell Williams, Tank, John Legend, Janelle Monáe and more will compete for the top prize in categories such as Best New Artist, Video of the Year, Album of the Year and more. Singer Chris Brown will pull double duty as the night's most nominated artist and a performer.

BET's Paxton Baker promises an even that will pay tribute to the legacy of the Soul Train brand. "We are pulling out all the stops this year and are thrilled to have Chris Brown and Jodeci lead the big surprises we have in store," he said. The reunion of Jodeci's K-Ci, JoJo, DeVante and Mr. Dalvin has the potential to either be one of the night's highlights or easily one of the night's lows, if any of the recent performances by K-Ci & JoJo are any indication. Either way, it is sure to be one of the night's most talked about performances.

The Soul Train Awards 2014 will tape in Las Vegas on November 7th at the Orleans Arena and air on both CENTRIC and BET Networks on November 30th at 8 pm ET/PT. If you'd like to get in on the action, head here to purchase tickets for the weekend's events. For the full list of nominees and more information about the show, click here.