Teyana Taylor & Chris Brown Say ‘Do Not Disturb’ Their Groove 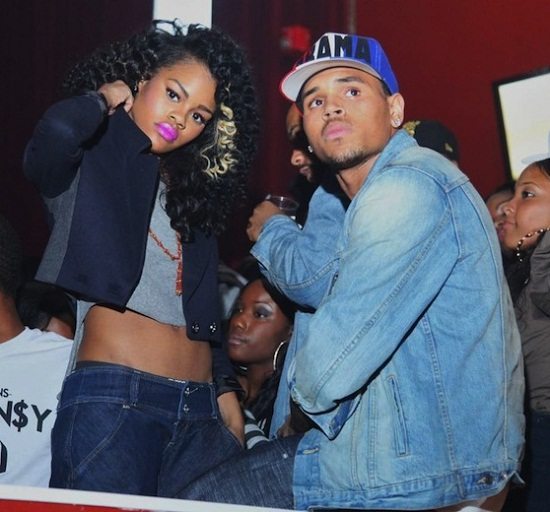 Teyana Taylor's making it clear that she's good and grown with the visuals from her upcoming album, VII. And it looks like she intends to deliver on that sentiment with the latest release from the set, "Do Not Disturb." The steamy, sensual slow jam finds Teyana utilizing a soft, breathy vocal as she sings about a need to get closer over a bass and hi-hat heavy synth tune that's just the right tempo for a late night rendezvous.

Joining her on this freaky romp is Chris Brown (who in real life is Teyana's platonic friend), who trots out his falsetto to add to the song's sex appeal. While Chris is mostly known for his dance floor fillers, the troubled star knows his way around a bedroom jam, as he shows here. The two artists' voices work well together as they glide across the musical soundbed, especially during the hushed whisper of the song's chorus. In fact, the song pretty much has everything going right for it, that is until the vamp near the song's end. What's meant to amp up the sensuous intensity instead derails it, threatening to disturb this sexy groove just when it's getting good. Thankfully, a return to the breathy chorus sets everything back on track.

Will "Do Not Disturb" be enough to make you cop VII when it's released next week on November 4th? Take a listen and decide for yourself.