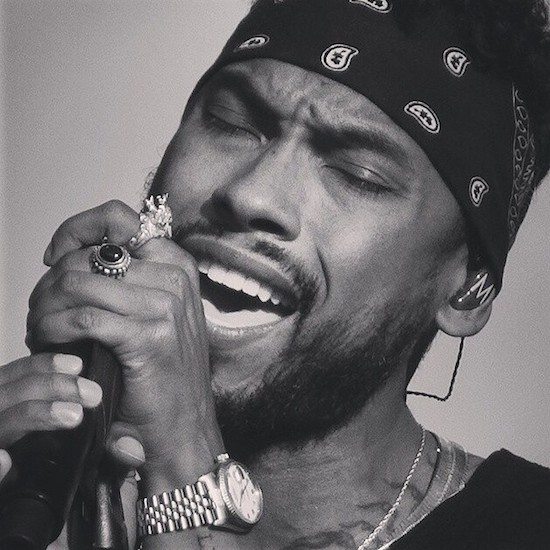 This is one monster collaboration that probably no one was expecting. The Chemical Brothers — who've rocked dance floors with such notable hits as “Block Rockin’ Beats” and the Q-Tip-featuring “Galvanize” — have joined forces with SoulBounce fave Miguel and “Royals” singer Lorde for “This is Not a Game.”

To be clear, this is a song I didn’t really get listening to the first time. It came across as a mash-up of The Chemical Brothers’ big beat sound modernized for the generation that loves trap music. Miguel’s verses sounded like an attempt by the crooner to try and go grunge. And Lorde, the Dark Princess, seemed to serve only the purpose of dropping a carefully placed “there it is” at key points throughout the track.

But a playback found cohesiveness in the chaos, one that likely complements the mood set in The Hunger Games: Mockingjay - Part 1, from whose soundtrack the tune is pulled. The industrial elements of The Chemical Brothers’ beat sets up a post-apocalyptic vibe, while Miguel’s “oh I get it now, he’s rapping” flows take the melody’s screeches higher and make them pierce a little bit deeper. Meanwhile, Lorde’s “there it is” drops may seem out of place, but her eerie aura is ever-present in the delivery, which reverberates throughout the song.

“This is Not a Game” may be a bit out of the box, but given how clearly defined these artists are with their respective sounds, it’s both a challenge and a treat to hear them reach a middle ground. The soundtrack for The Hunger Games: Mockingjay - Part 1 is out November 17th, with the film hitting theaters November 21st.


TAGS:  audio, Lorde, miguel, q-tip, The Chemical Brothers
Previous: Luther Vandross Has A New Song & You’ll ‘Love It, Love It’ Next: The Soul Train Awards 2014 Promises To Be A Stone Gas With Performers & Presenters Revealed