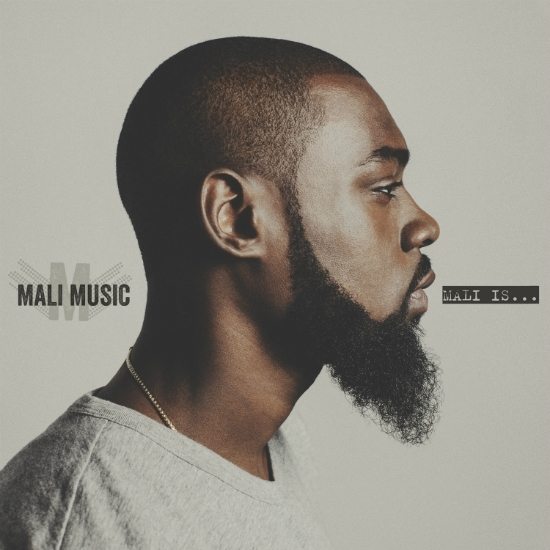 SoulBounce: First of all, congratulations on all your success!

Mali Music: Thank you! Man, it’s been a long road.

SB: But you’re in first place!

MM: I’m trying to keep that for sure.

SB: And all while being positive. How do you stay so positive in an industry -- and not just music but the media in general -- that sometimes celebrates all things ratchet?

MM: I think it's just a natural and healthy layer of distance, you know what I mean? I think getting too close to it too much it can become too easy to compare and feel like you should this and you should that. But I got a strong heart, strong spirit and also a lot of people around me who are like "you’ve got it, you’re good." And then once I play a song or whatever that might be popular or if I play one of the ones that’s on the album or something like that, I can see it for myself. So I think constantly affirming myself and being affirmed by my own music.

SB: And it feels good to you right?

MM: It feels very good. I think I’m the biggest receiver of the music so that’s what kinda makes it flow out of me the way that it does because its medicine to my heart ,too.

SB: Oh, "medicine to my heart," that sounds like the name of a song…

MM: Right! Let me go ahead and put that down. [laughs]

SB: Now about your album, how does Mali Is.. differ from your previous material?

MM: Well, a lot. I think just in a natural consideration. I had one album before. It seemed like two albums, but The Coming is a part of The Second Coming, it's just like an EP, just like the Mali Is... EP came out and then the album. So the first one was vertical, I needed God to know like "I see you, I love you" because that’s the kind of thing that keeps me upright. So now, once that was happening I now could reach out like this and I think Mali Is... is the first attempt to reach outward and be able to wrap around the world so we can just take it to a higher place.

SB: Do you feel like your fans before Mali Is... felt different about you after it came out?

MM: Yeah, I know they did. But I know that when they popped that album in they knew like, okay wait, there was a hush, there was like a cease that happened. On social media they used to eat me up.

SB: Really? What were they saying?

MM: Well, I mean, no need to even go back there. It honestly broke my heart a lot of stuff that was happening, but it’s cool you know. A lot of people are fickle, and if they don’t understand it they shoot first and that’s just the mentality that social media gives. Before you understand all the facts, it's "he's this, he's that" or whatever, but it’s a special thing to even be seen in that light. But yeah, I’m in a really good place and happy that everything came full circle. Especially when you’re in the Howard Theater and you have a sold out show!

SB: That’s the power of you! But it’s good that people are noticing you on social media. I mean, even if they have negative criticism it means they’re listening and watching right?