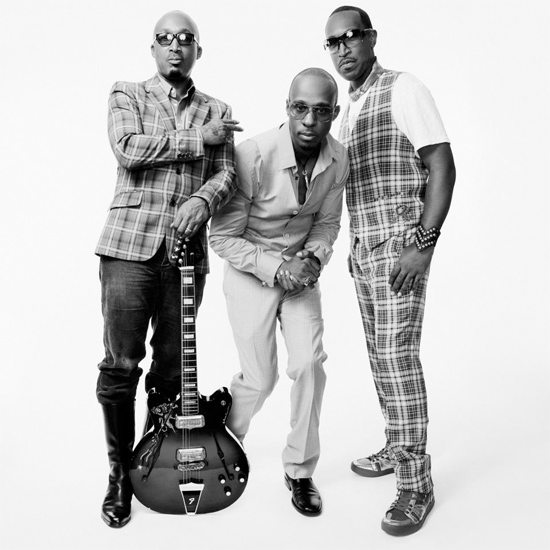 Tony! Toni! Toné! have been performing around the country, but the group hasn't given us anything new to groove to in a number of years. Until now, that is. Back with a new single, "It's a Beautiful Thing," the trio, which includes original members Dwayne Wiggins and Timothy Christian Riley and newbie Amar Khalil, are giving us something different. Evoking the essence of The Beatles and Al Green, the song supports the group's vocals and soulful harmonies.

The chorus boasts happy-go-lucky lyrics about a significant other whose love brings the Tony's hearts joy. "It's a beautiful thing, me loving you, and the joy that you bring," Wiggins sings on the syrupy sweet chorus. Featuring upbeat guitar riffs and prominent violins, "It's a Beautiful Things" is a departure from hits like "Feels Good," "Anniversary" and "It Never Rains (In Southern California)," and takes listeners on an unexpected trip back to the '60s but we appreciate the musical magic carpet ride.

Although they are sans Raphael Saadiq, TTT have their vocal cords in tact. The new single is  precursor to the group's fifth studio album, which is set to be released in 2015. It is indeed a beautiful thing that Tony! Toni! Toné is back in the studio, now listen to the new single below or purchase it on Amazon and let us know if you feel the same way about the actual track.