We Love Escort’s Disco Sound, And We’re Not Afraid To ‘Say So’ 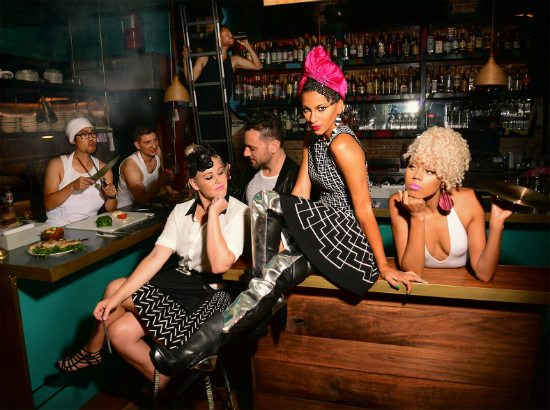 I was blessed to be born in the best decade ever (the 1970’s, for those of you dare to think otherwise), which might explain my nostalgic affinity for the genre of music known as disco. So when a group like Escort comes on the scene, I am totally here for it. Founded by producers Eugene Cho and Dan Balis, the Brooklyn-based, 17-member "disco orchestra" has been releasing club-ready 12-inch dance singles since 2006. And their debut album, Escort, landed on Rolling Stone’s 50 Best Albums of 2012 list. With their cult-like following, it’s easy to see why they’re called “Brooklyn’s finest disco orchestra.” Fronted by lead singer Adeline Michèle, this talented group of musicians recently previewed some new music.

The sunny track “If You Say So” brings to mind carefree days at the skating rink, complete with knee-high tube socks and pom-pom roller skates. It’s retro yes, but thanks to stellar production and Ms. Michèle’s enticing vocals, it doesn’t sound dated at all.

In true “old school” fashion, the track comes with a B-side. This isn’t just some throwaway filler to pad their discography. It’s a soaring cover of St. Vincent’s “Actor Out of Work.” Though the original is only five years old (and awesome in its own right), Escort adds some musical embellishment, resulting in a saucy remake.

There’s no official word of a new full-length album, but these two songs will be available for purchase on October 21st. In the meantime, visit their SoundCloud page and dance along to their current catalog. The Escort and Escort Remixed projects are also available for purchase via their website, as well as iTunes and Amazon.