Beyoncé Has Ratchet Fun With Friends In The ‘7/11’ Video 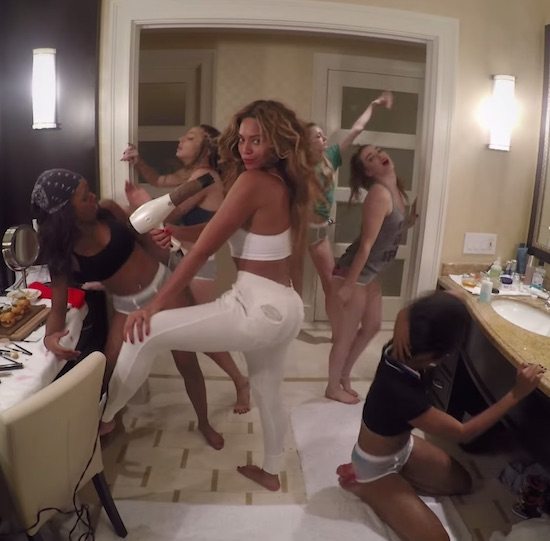 Usually branded a high-class diva whose every move is carefully calculated, Beyoncé changes things up for the video to “7/11.” The track, one of the brand new additions that appears on the BEYONCÉ: Platinum Edition release, is embodied in visuals so ratchet that viewers might be wondering if Bey is actually a tool.

Within the clip, Blue Ivy's mama acts out the party-up-in-here lyrics by clapping her hands, executing precise dance steps and booty popping to the beat. What’s more noticeable than the forward-backward motions played out in rewound video is the quality of the clip, which looks as if it were filmed on an iPhone or at most a GoPro camera rather than in the style found in the cinematic masterpiece that was the On the Run Tour video.

Still, fun is offered in large does throughout, as King B and her dancer friends act silly and show off their dance-in-front-of-the-mirror twerking and outfit changes, and the occasional choreographed steps. The “7/11” clip is one that manages to save the song it accompanies even if it’s not comprehended during the first screening.