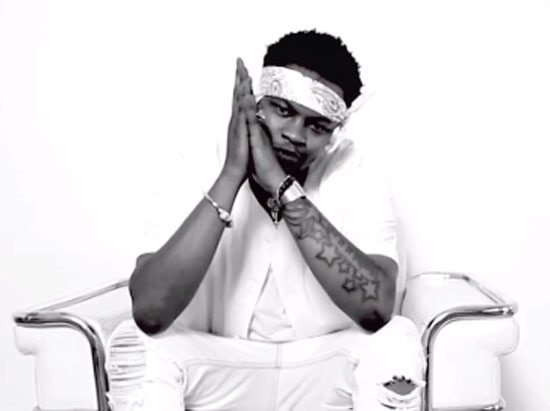 BJ The Chicago Kid is taking a break from 2014 and going back to the '90s in his latest single and tribute "One In a Million." Someway, somehow BJ managed to combine Aaliyah's "One In a Million" with R. Kelly's "R&B Thug" and Jodeci's "Feenin'" to create a cohesive track that will have you in awe of his smooth transitions. The single is also more than perfect timing as we try to erase Lifetime's Disasterpiece Theatre biopic on Aaliyah from our traumatized memory banks. BJ's version of "One In a Million" features his adaptable vocals weaving in and out of the '90s hits while still keeping the stripped instrumental of "One In a Million." In the video directed by Jerome D., he gives you a hint when he transitions with the video for each respective single displayed in the background.

Along with "One In a Million," which is produced by Marcus Kincy and BJ himself, he just released The M.A.F.E. Project, featuring Smoke DZA, Freddie Gibbs, Harold Lilly, Sasha Go Hard and more. Whether it's '90s R&B or his recent work, including "Good Karma,"  we can always count on BJ to satisfy our cravings for good if not great R&B. On The M.A.F.E. Project, which you can download for free on his website, you'll find 11 tracks, including "One In a Million" and a hidden bonus track. While we're waiting for our copy to finish downloading, check out BJ's version of "One In a Million" right here.