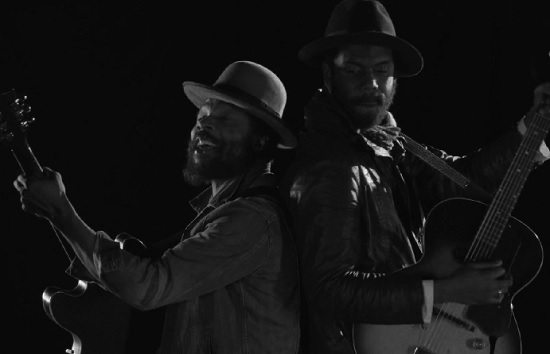 In honor of the US national holiday Veteran's Day, soulful rockers Cody ChesnuTT and Gary Clark Jr. released a visual for their blues duet, "Gunpowder on the Letter" as a simple yet soul-stirring tribute to war veterans. Equipped with their guitars, down-home southern voices and fly hats to match, the distinctive styles of the two musicians complement each other in perfect harmony to create authentic and timeless Black folk music. Close your eyes, and you would mistake this song as something from a juke joint in the 1930s rather than a current track in 2014. For the hat tip to the great music of yesteryear alone, I commend ChesnuTT and Clark for keeping original blues music alive.

"Gunpowder on the Letter" is definitely an upbeat, foot stompin' and finger snappin' jam that will encourage folks to dance. However, similar to many high energy blues songs, the lyrics and story underneath the rhythmic notes are more melancholy than one would expect. It takes on the perspective of one who has fought in and been traumatized by a war. At one point of the song, Clark and ChesnuTT sing, "Well, I walked in a field / and I walked amongst the dead / Gunpowder on the letter / By the body of my best friend / I feel like dancin' / But I just can't get all these faces out of my head." When asked about the inspiration for the song, ChesnuTT explains that the source of his inspiration was from a documentary about veterans and how they were traumatized by the act of war. "The broken spirit and disillusionment expressed by these veterans, granted me access to both the spirit and voice needed to communicate the narrative," he further explains.

The simple black and white visual for "Gunpowder on the Letter," mostly shows ChesnuTT and Clark giving a spirited performance of the song along with vintage clips of past wars and American soldiers. While the song sheds light on the disturbing experiences with war, the upbeat melody is also a great honor to brave men and women who put their lives on the line to serve our country.

"Gunpowder on the Letter" is featured on Cody ChesnuTT's current album, Landing On a Hundred: B Sides and Remixes available now on iTunes. Also, if you are a fan of Gary Clark Jr., be sure to check out his new live album, Gary Clark Live, available on iTunes as well.


TAGS:  cody chesnutt, Gary Clark Jr.
Previous: Morning Soul: Why Don’t You Use It, Try Not To Bruise It, My Time Don’t Lose It Next: What Is This Omarion, Jhené Aiko & Chris Brown Collab ‘Post To Be’? 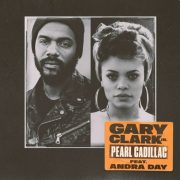