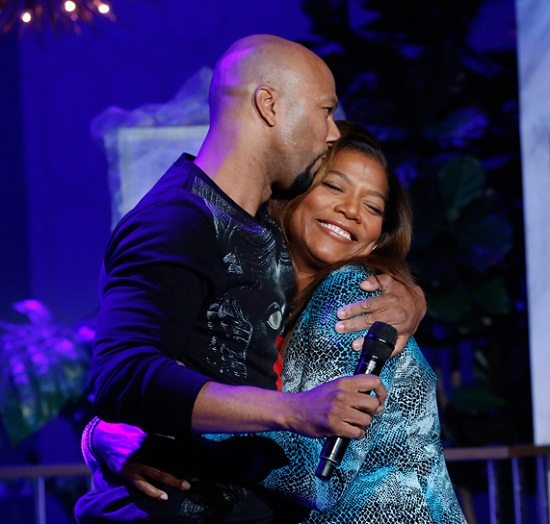 We already brought you Common's dope performance of "Rewind That" on The Queen Latifah Show last Friday, but over the weekend, the show released a web exclusive clip that was too charming for us not to post.

The Chicago rhyme slinger took a moment to take Queen Latifah's audience back to 2000 with a brief performance of his hit "The Light." With just a musician on the keys, Com starts into the track's first verse as the audience claps along. Though he flubs a few of the words (the song is nearly 15 years old after all), he still handles it rather deftly and even surprises Queen by throwing to her for the chorus, which she handles fairly well until she has her own fangirl moment and blanks on its second half. Luckily, Common quickly comes to her aid with his own (off-key) singing to help her save face.

It's a cute TV moment and one of the many reasons why we tune in to Queen on the daily. Check out the clip below, and be sure to check your local listings to see when The Queen Latifah Show airs in your area.


TAGS:  common, queen latifah, The Queen Latifah Show
Previous: Mali Music Gives Us A Little Rap With His ‘Rock’ Next: We Can’t Get ‘Enough’ Of K Stewart