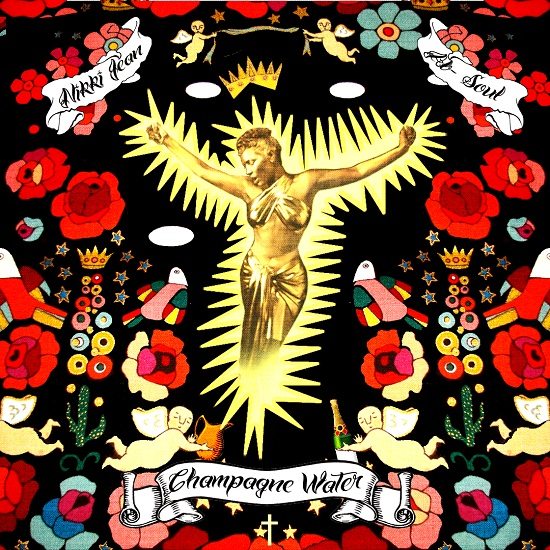 Songstress Nikki Jean isn't a household name yet, which is most unfortunate. She's definitely had us at SBHQ open with the tracks we've heard from her new EP, Champagne Water. And now she's finally released the six-song stunner for our listening pleasure.

We've already had the pleasure of hearing the slightly blasphemous, but highly enjoyable, gospel trap of the Ab-Soul-featuring title track "Champagne Water" and the horn-filled lament of "Rivers," but that's not all that the EP has to offer. The defiant "Tommy's Song (Hands Up)" addresses the issue of police brutality while touching on the incidents that continuously happen around the United States, reviving the "f**k the police" sentiment while also encouraging a bit of self-preservation. Meanwhile, "Cool On You," produced by Like and Lili K.'s frequent collaborator Peter Cottontale, is a soulful meditation on heartbreak full of layered harmonies. And the set's intro ("Icarus Intro") and interlude ("Worried...") are both pretty stellar and could be full songs in their own right.

While Nikki's slightly quirky approach to songwriting, which switches between the straightforwardness of Top 40 pop and a fast-talking, at times rambling stream of consciousness, might not be everyone's cup of tea, we're willing to bet that this EP might just be your glass of champagne. Take  a listen to the stream and get yourself a free download of the set below.