Lifetime’s ‘Aaliyah: The Princess Of R&B’ Biopic Set To Premiere 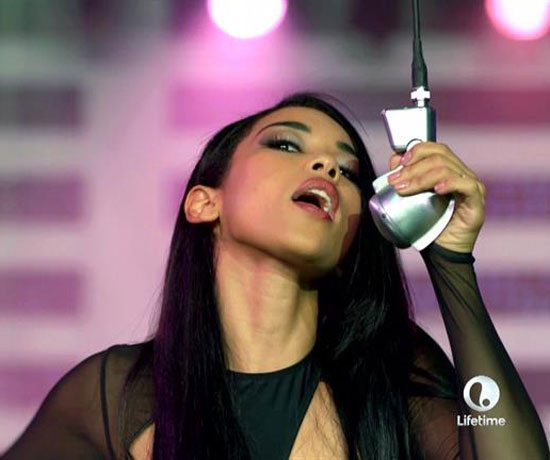 Even though it feels like just yesterday, it's been 13 years since "street but sweet" songstress Aaliyah and several members of her entourage were taken from of us in an unfortunate plane crash. This weekend, Lifetime premieres a movie about her life and career, which is supposed to be an inspiring tale about an artist who had it all. The film and its directors and producers have been met with much protest and little support from her family, who preferred the movie be in theaters. Detailing her triumph and determination from childhood until her unfortunate demise at the tender age of 22, Aaliyah: The Princess of R&B debuts this Saturday, November 15th, at 8 pm ET/7 pm CT.

When you check out the extended trailer you'll find House of Anubis actress Alexandra Shipp donning Aaliyah's signature baggy clothes, glasses and, of course, that swoop of hair that always naturally covered her left eye. It also gives us some of the first footage of the two men playing Aaliyah's important love interests: Clé Bennett (as R. Kelly) and Anthony Grant (as Damon Dash). We're sure those particular casting choices will raise a few eyebrows.

While Aaliyah's family was not consulted for the movie, it is based on Christopher Farley's book Aaliyah: More Than a Woman, which was approved by her loved ones. We're curious to see how this all plays out on film and hope to learn something about the artist we didn't hear about in the media. Aaliyah: The Princess of R&B was executive produced by Debra Martin Chase (Sparkle, The Princess Diaries) and the queen of tea herself, Wendy Williams. "It takes more than some hot producer to produce a super star," her mother in the movie says, "It takes the right artist." And Aaliyah was just that. Will you be watching the "One In A Million" singer's life play out in your living room this weekend?