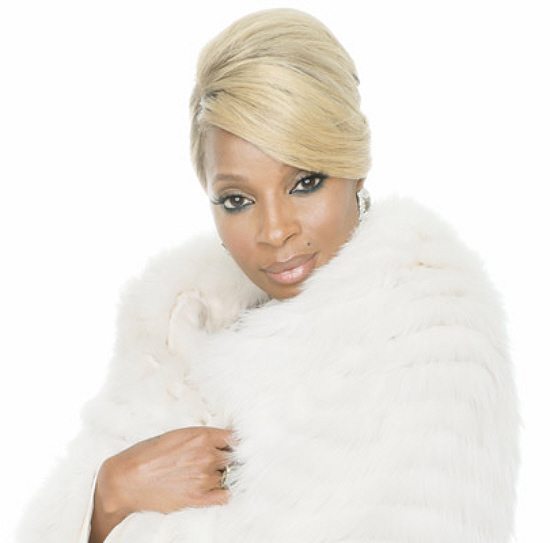 I know, I know, it's still a wee bit early to be even thinking about Christmas as the often misbegotten Thanksgiving hasn't even pounced on us yet. Still, when you have a slew of holiday commercials premiering before Halloween even got to say "boo," stores already drafting up Black Friday game plans and people fighting you tooth and nail for something and anything (and I mean anything) pumpkin spiced, it's safe to say that the most wonderful time of the year has arrived. While you can bet that here at SoulBounce things will be getting a bit "merrier" with artists dropping festive singles and albums left and right, there is still nothing like an annual Christmas television special to get you in the spirit.

Last year, in support of her first holiday collection, A Mary Christmas, Mary J. Blige joined Michael Buble on stage for his annual Christmas show. This year, she'll be sharing the stage with fellow GRAMMY winners Maroon 5, Tim McGraw and Pharrell Williams, with  ponytailed whippersnapper Ariana Grande wedging her way into the fold, for A Very GRAMMY Christmas. Hosted by LL Cool J, A Very GRAMMY Christmas, airs on December 5th at 9 pm ET/PT on CBS and will feature not only your faves singing the standard holiday classics, but also will have them cranking out their popular radio hits — just in case you wanted to keep your Christmas cheer at a minimum.

December 5th will be a busy day for the The Recording Academy, as the 57th Annual GRAMMY Awards nominees will be announced that morning, save for the Album of the Year category, whose nominees will be announced during the Christmas special's broadcast. For those who live in the Los Angeles area, A Very GRAMMY Christmas will be taped November 18th at the Shrine Auditorium and tickets for the event can be purchased at Ticketmaster. So get your advent calendars ready and prepare to get your holiday cheer on when December 5th rolls around, and if you want to keep tabs on all GRAMMY-related happenings, be sure to visit their official site — and social media outlets such as Twitter, Facebook and Instagram — for more details.