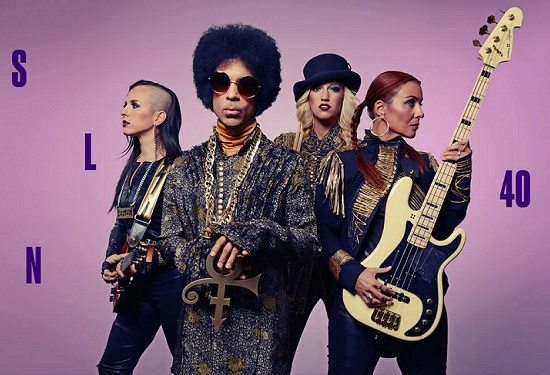 Chris Rock, this weekend's host of Saturday Night Live, said it best, "Ladies and gentlemen, you are so lucky tonight!" And lucky we were, as Prince and his band 3RDEYEGIRL took over the SNL stage for an unprecedented eight-minute, four-song set that featured a few surprises, but mainly delivered on all the Purple-ness that we hoped for.

He kicked the set off with the sexy funk of "Clouds" as the camera zoomed in tight on him at the keyboard, looking cool with his fluffed out 'fro and third eye aviators. And as the camera zoomed out when the verse started, we realized that the song's featured guest, Lianne La Havas, was also on the stage adding her vocal to the mix. But before we could get used to her presence, she stepped down as Prince walked to center stage to rock out with the band — which included our girl Liv Warfield chillin' in the cut on tambourine and background vocals — on PLECTRUMELECTRUM track "Marz" and their cover of Alice Smith's "Another Love."

Even with the uneven night (yes, even Chris Rock couldn't save this floundering season of SNL) it at least gave those that were tuned in and endured the show a reward for watching. But, if you couldn't be bothered with sitting through an entire hour of the show (trust, we don't blame you) check out Prince et al rocking the stage right here.