K. Michelle ‘Knew’ Being Bad With Rick Ross Would Sound So Good 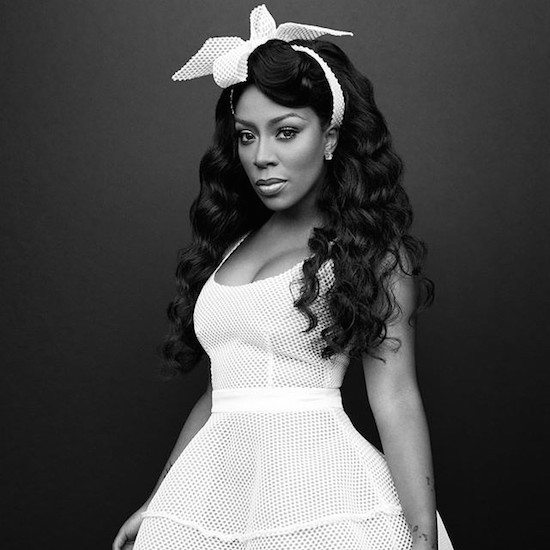 Rapper Rick Ross has joined forces with R&B songstress/reality star K. Michelle on the scandalous "If They Knew," one of the new tracks from The Bawse's forthcoming album, Hood Billionaire.

The rap-sung tune tells the tale of the pair's down-low love affair. Ross spits lyrics about his attraction to his forbidden love (along with more explicit content) and how he's catching feelings despite having another lady in his life. But in between his verses — which seem to split themselves between his new love and his affinity for a bling-bling, hustling lifestyle — K. Michelle, perhaps more predictably, laments about the consequences of their ongoing tryst, frequently pondering "What's she gonna say / What's he gonna do."

Production from Timbaland keeps the mood dramatic and the beat timelessly current, and the song itself manages to be engaging despite some of Ross' off-topic flows. But K. Michelle's raw delivery easily becomes the focus and highlight of the song, and has us wondering if the track will make an appearance on her Anybody Wanna Buy a Heart album, set for a December 9th release.

For more K. Michelle, be sure to tune in to the series premiere of her reality show, K. Michelle: My Life, tonight on VH1 at 9 pm ET/8 pm CT.