The SoulBounce Q&A: Anthony Hamilton On ‘Home For The Holidays,’ Touring & His Favorite Christmas Memories 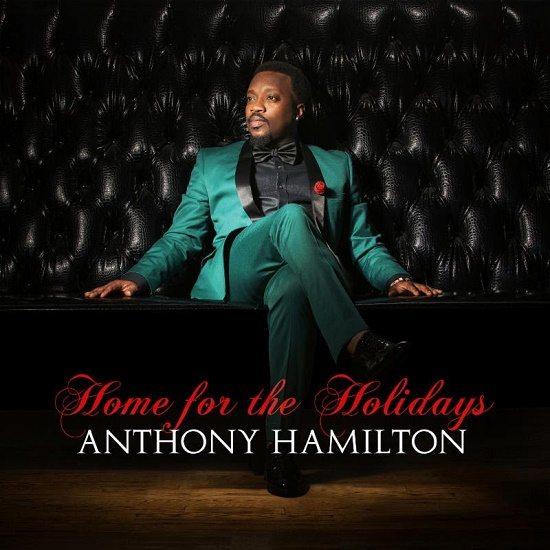 SoulBounce: You’ve been tossing around the idea of a Christmas album for a while and it’s finally coming to fruition. What made now the right time for the album?

Anthony Hamilton: Well, you know, I’ve got my career where I want it and, I’m settled in now. You know, it’s just time to switch it up and do something different, and what better to do than a holiday album where everybody’s in a good spirit, cause that’s the kind of music I do. So it’s like a perfect marriage. And I had the time, I wasn’t touring as heavy. Well, I am, but there was time on the schedule to finish it this time.

SB: We’re used to you having soulful love songs. So what does an Anthony Hamilton Christmas album sound like?

AH: Well, it’s definitely going to be soulful. Yeah, I have some really amazing songs on this particular album, some traditional songs that feel like classics. Just my voice and my spirit alone in the music is gonna always represent what you’re used to, and it’s something that you don’t have to, you don’t really have to think about if it’s you.

SB: You have quite a few classic songs. You also have some original songs. How did you choose which songs would be on the album?

SB: Is that why you left off “This Christmas” by Donny Hathaway?

AH: Yeah, “This Christmas” has been done so much. They don’t need to hear me do that one. Everyone else has done it. It’s a great song, but I’d rather hear Donny do it.

SB: You covered Nat King Cole’s, The Christmas Song, with Chaka Khan, of all people. What was it like to work with her?

AH: Chaka Khan is always amazing to be around, whether it’s working or hanging out. She’s always a blast, and we have a relationship and friendship of mutual respect as well.

SB: How did you choose your other collaborators? You also have ZZ Ward on this and Gavin DeGraw.

AH: ZZ Ward, she’s somebody I’ve been looking at and watching her growth and her career expand. I’m a big fan of hers. She has a different voice; she’s kinda bluesy. I was like, “You know what? Let’s give it a shot.”  We did “Away in a Manger” and put the blues spin on it. I think people will like it. And Gavin DeGraw, we’ve just been buddies for the longest time and [have] been meaning to work together for the longest. We finally had time on our schedules to make it happen. We’ve hung out, we have a good time together. We have a really good rapport with each other, mutual respect. So when they called him up, he called me, asked me what it is I needed and the rest is all takes and overdubs.