Theophilus London & His ‘Tribe’ Get Down In New Video 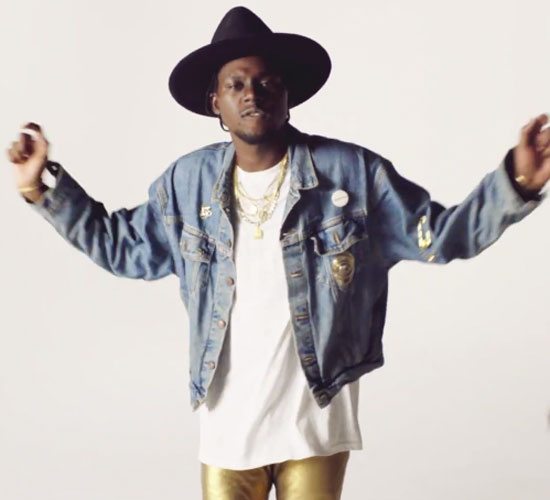 Gold skinny pants never looked so good. Leave it up to fashionable Brooklynite Theophilus London to show us how to rock them in his new video for "Tribe." After a  mini-hiatus, London is back with new album, Vibes, which he released yesterday, and the lead single "Tribe" featuring fellow fashion lover and soul singer Jesse Boykins III. While Boykins does not appear in the visuals for the track, London holds it down with a bevy of dancers who have some funky moves to match his swag.

In the beginning of the video, where we see London sauntering down the street, he prefaces the dance party with, "When I was a kid, the only way I could express myself was through dance....I want to bring the art form alive." And so he does, keeping up with the dancers through some intricate moves. Everyone is feeling the vibe in the video as one scene even cuts to the production crew dancing in the background. Later in the visuals, his dancers are duplicated and, just as he predicted, turned into art. The visuals end with London suspended in the air doing his iconic album pose captured by designer and artist Karl Lagerfeld.

Theophilus will perform "Tribe" for the first time this Friday on the Late Show with David Letterman. Also to celebrate his release, London embarks on a mini-release tour, which ends in Miami right before Thanksgiving. You can actually stream "Vibes" now on SoundCloud and purchase the Kanye West-executive produced album on iTunes. If you're still feeling London's Vibes, you can catch his "Tribe" video below or on the road the next few weeks -- take your pick.


TAGS:  jesse boykins iii, kanye west, karl lagerfeld, late show with david letterman, theophilus london
Previous: ‘Beyond The Lights’ To Bring A Love Story & Life Lessons To The Silver Screen Next: Carmen Rodgers Is A ‘Stargazer’ On Her New Album