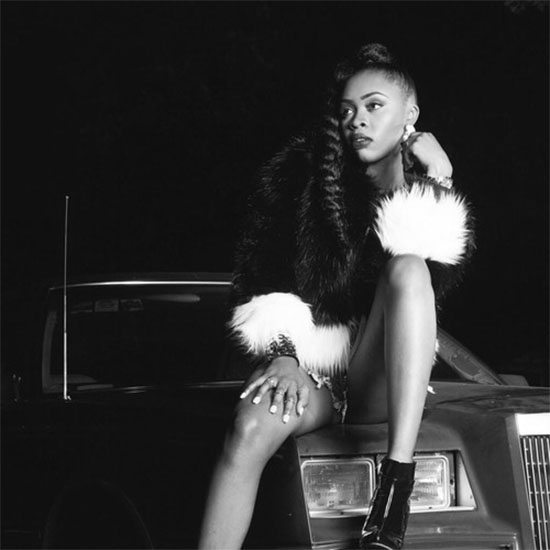 Rising star Tink has got the heat, and she’s here to prove it. With Timbaland dropping her name in every interview and public appearance he gets, the young singer and rapper has no choice but to play show and tell by whipping out her best records and unleashing them on the music world. While the full version of that “Movin’ Bass” remix with Jay Z and Rick Ross may never see the light of day, Tink’s braggadocious “Round the Clock” single has hit the internet and it’s everything that Timbaland said it would be and more.

First and foremost, Timbaland laced this beat with that classic flare that he and Missy Elliott are known best for. Tink certainly lucked up by linking up with the former mentor to Aaliyah and “One In a Million” producer. But beyond that, Tink definitely holds her own and proves that she is worthy to be heard here. “My paper’s just as long as the legroom in the Maybach / They hate it,” she raps. She spits undeniably clever bars and then flips the script and hits us with her smooth and sultry singing voice. The only thing happening here we could’ve done without may have been the random iPhone voice note guest appearance from Wendy Williams’ former right hand man Charlamagne Tha God.

Fortunately, Tink didn’t stop with “Round the Clock.” As much of America hit the streets this week in protest of injustice and the happenings in Ferguson, Missouri, Tink and Timbaland hit the people with their powerful collaboration “Tell the Children.” In sharing her hurt and pain, Tink takes on an activist stance and speaks her heart in a way that many legendary artists of the past would do during such a time as this. “My people shed blood from the acres you had stole/  Now my people shedding blood on the gravel left in the cold,” she raps passionately.

This young lady is on a roll and certainly heading in the right direction. Dig into what's she's serving up right now and look out for more from her as we move into the year 2015.